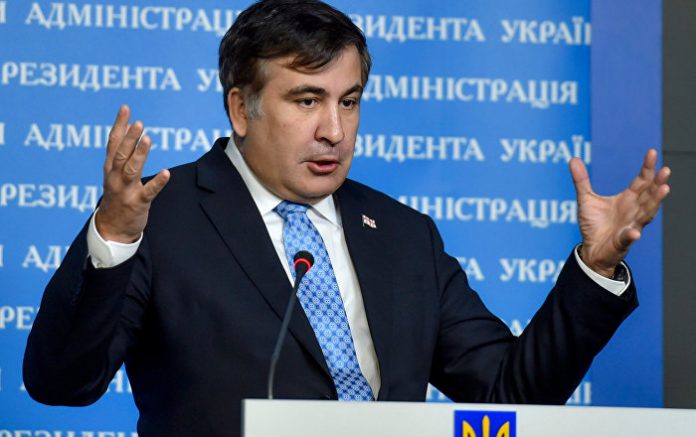 KIEV (Sputnik) – Former Governor of Ukraine’s Odessa Region and ex-President of Georgia Mikheil Saakashvili said on Wednesday he would return to Ukraine on September 10 despite the loss of the country’s citizenship.

On July 26, Ukrainian President Petro Poroshenko revoked Saakashvili’s Ukrainian citizenship, when it was discovered that ex-governor of Odessa had violated Ukrainian law by providing incorrect information on his citizenship application. Saakashvili was in the United States at the time when Poroshenko made his decision and said he would appeal in the court the decision of the Ukrainian president.

“I will return to Ukraine from Poland on September 10 through the Krakowiec border crossing point,” Saakashvili said during a live stream on his Facebook page.

The politician also reaffirmed his readiness to protect his rights on the Ukrainian citizenship.

“I was proposed to get citizenship of several European states. I had job offers but that is not for me. I made commitments to deprive Ukraine of the power of oligarchs,” Saakashvili stated.

The Ukrainian authorities have no legal basis for his arrest despite the fact that he has no citizenship, Saakashvili indicated.

In May 2015, Saakashvili was appointed governor of the Ukraine’s Odessa region on initiative of Poroshenko, and stripped of his Georgian citizenship upon receiving a Ukrainian passport. However, Saakashvili resigned in November 2016, stating that the Ukrainian authorities did not want to fight corruption.