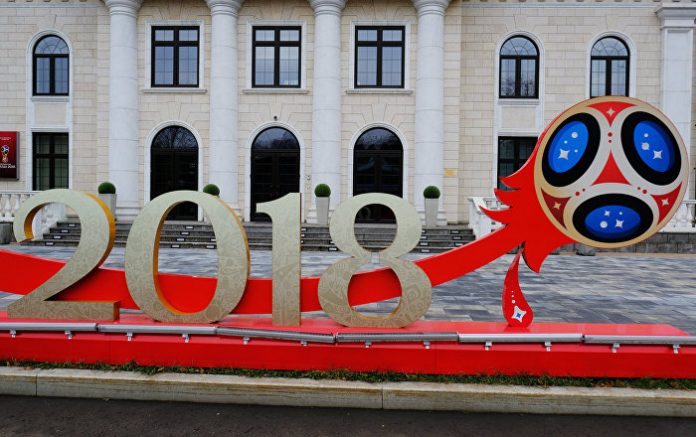 Players and fans from the 32 countries taking part in next year’s World Cup in Russia will find out on Friday, December 1, which group they will be in and which of the 11 host cities they will be heading for in June.

Match Accommodation, which had a similar deal for the 2014 World Cup in Brazil, is in charge of Fifa’s special hotel booking website for the World Cup in Russia.

They range from three star to five star hotels and prices vary whether the hotel is in Moscow or in a provincial city like Saransk or Samara.

“The prices compare favorably to previous World Cups and the Russian federal government has passed a rate regulation law, like it did for the Winter Olympics in Sochi, which sets maximum prices that can be charged for each room,” Mr. Whelan told Sputnik.

Paul Whelen @match accommodation warns there is an accommodation challenge in Moscow book early! @ANTOR_Travel watch 01 December games draw, everyone who books a room gets a room is a priority! pic.twitter.com/rPRYdxLvJc

Mr. Whelan said thousands of extra hotel rooms have been built since Russia won the right to host the World Cup.

​He said fans will be able to book hotel rooms without having tickets and there is expected to be a rush over the weekend as people book accommodation depending on which city their team is based in.

As in the previous two World Cups, in Brazil and South Africa, teams will play three group matches but they will be in three different cities which could be many miles apart.

There are 12 stadiums in 11 cities, with Moscow having two venues, the Luzhniki Stadium and the Otkrytiye Arena.

Sponsors and Journalists Need Accommodation Too

Match Accommodation are also in charge of booking hotels for Fifa staff, for sponsors and commercial affiliates, for journalists, cameramen and most importantly for the players.

​Mr. Whelan explained that each team would have a base camp where they would be based during the tournament.

He said there were 67 base camps to choose from, all of which were west of the Urals and were close to airports and suitable training grounds.

“Not every team wants to stay in a five star hotel. Some want to stay in more simple places or in sports camps. Some prefer urban locations and others prefer to be more isolated. We offer a breadth of options,” Mr. Whelan told Sputnik.

Teams Had 67 Base Camps to Choose From

The 67 base camps were offered on a first come first served basis, which meant that Brazil, who qualified first, in September, had the best pick.

But some countries who did not make it through to the finals, like Italy and Holland, may have already booked one of the base camps in the expectation they would be in Russia next summer.

“In the event of a team not making it to the finals, that option would be released,” Mr. Whelan told Sputnik.

There has been speculation that England manager Gareth Southgate has chosen to base his team at the four-star ForRestMix Club by the Baltic in Repino, 19 miles from St Petersburg, although Mr. Whelan said he could not comment and he said the final deadline for choosing base camps was not until next month.