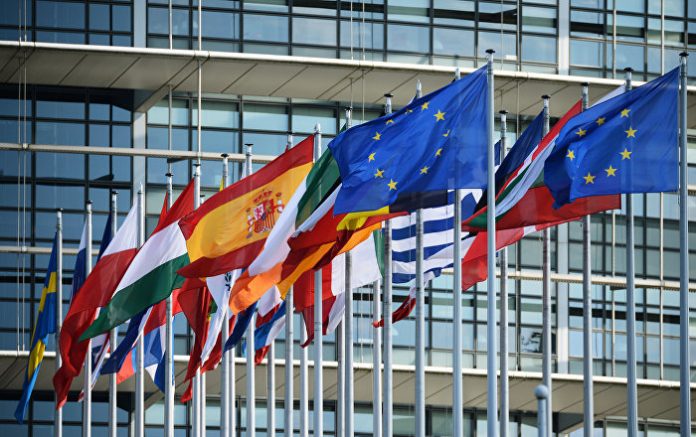 Sputnik: What can you tell us about the populist meeting and the overall interest in the EU to this populist movement?

And secondly, this is exactly what a big part of the European populations feel to be the case, that the European system of government centered around the commission in Brussels is no longer working, it is an effective device for improving European politics, but imposing rules and limiting national solutions to the member-states.

In nearly all European countries populist movements grow, who proclaim that this form of European integration needs to come to an end. This is what is behind the utterances of Le Pen and so many others.

Sputnik: If we talk about public opinion, what are the major problems with the current system of government in the European Union?

Werner Patzelt: Basically, Europeans and even those who join right-wing populist movements agree on the fact that what has been achieved in Europe is just wonderful — not showing passports on the borders, getting money from Brussels to develop neglected regions. Everybody finds that this is just wonderful.

But so many in the Europe feel that we are on the decline from what we have achieved in the past. Uncontrolled and unlimited immigration, where on the European level Germany wanted to have a quite open immigration policy with a following up distribution of immigrants across all European nations, which so many countries, like Poland and Hungary, deeply resent.

This seems to be the major threat to what has been achieved in Europe. And the second issue is the consequences of Europeanization of policymaking, which has a side-effect that national governments, in particular national parliaments, have much less to say in many policy areas than before, because they are regulated and controlled by the European level. So many have the feeling “why do we have democracy if elections do not change so much, because Brussels is dictating to us, to put it harshly, what we have to do in domestic politics.”

So, it is this combination of the migration problem, with a feeling that people have lost the control over the apparatus of government that creates this form of right-wing populism.

Sputnik: Do you thing that we are going to see an increase in the number of seats occupied by right-wing parties in European parliament next year?

Werner Patzelt: I would be very surprised if this would not be the case, because the revolt against the established political elites, who, mostly in the past and still in the present are centrists or left-leaning centrists… The revolt against these elites is so powerful that it will translate and express itself in a growing number of votes for populists in particular right-wing populist parties.

The basic phenomenon is that a new cleavage has emerged throughout Europe. It’s a cleavage between those who are in favor of immigration, and those who oppose it.

The views and opinions expressed are those of the speaker and do not necessarily reflect those of Sputnik.