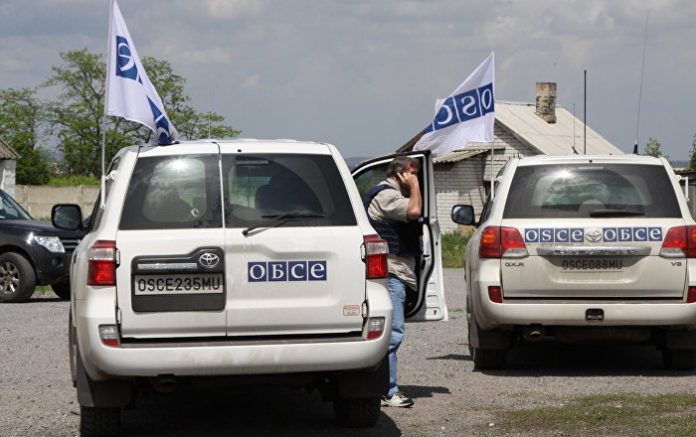 LUHANSK (Sputnik) —  The statement was made on Plotnitsky’s official website.

Earlier in the day, LPR law enforcement officials said an explosion of the SMM observers’ car had taken place near the Pryshyb settlement in the Lugansk region and as a result, one SMM member was killed. According to the OSCE, two other observers were injured.

“First of all, I would like to extend my condolences to the relatives and friends of the deceased observer of the OSCE SMM… I also would like to stress that this tragedy could have been avoided if the mission had coordinated its routes with our law enforcers,” the statement said.

Plotnitsky stressed that the attack claimed the life of a person and “exposed the whole republic to a risk,” which revealed the necessity to work in cooperation and be ready for any provocations.

The OSCE SMM to Ukraine was deployed in March 2014 to observe and report on the situation in the country’s southeast where Kiev forces clashed with local militia since 2014 until a ceasefire was reached in 2015, although even after striking the truce the sides continued to blame each other for the ceasefire violation.