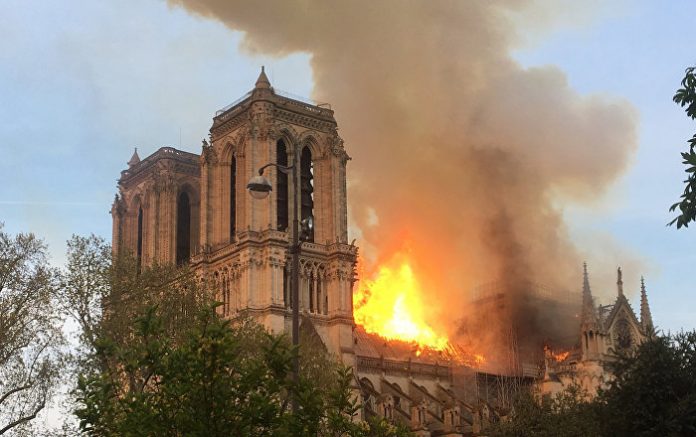 French authorities have announced that soil close to the Notre Dame Сathedral contains a hazardous level of lead found in the ground that exceeds the regulated norm tenfold, BFMTV reported on Thursday citing police and the regional health service.

Soil analysis has shown that the concentration of lead was estimated at 10-20 grams per 1 kg — this is substantially higher than the norm of at 0.3 grams. At the same time, the officials stressed that the lead level in the air currently does not exceed standard or safe levels.

The dangerously polluted areas are now inaccessible to the public.

This follows earlier reports published late April that residents who live in the area close to the Notre Dame have been given a warning about unsafe lead contamination that emerged following the 15 April fire.

A massive blaze broke out at the Notre Dame Cathedral on 15 April, resulting in the collapse of the building’s spire and two-thirds of its roof. Nevertheless, firefighters managed to extinguish the massive fire, saving the historic building and the relics that were kept inside.