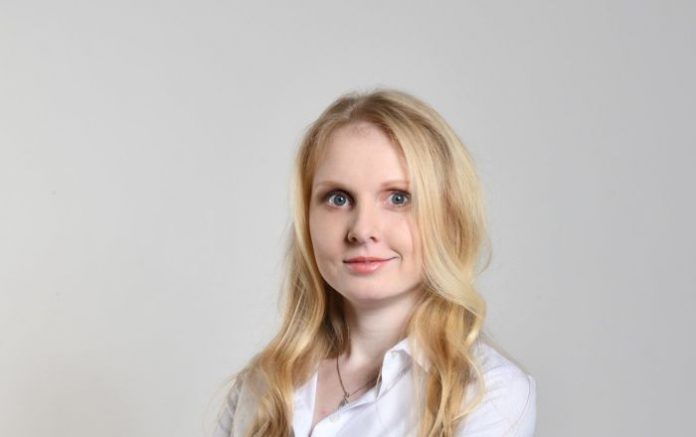 Vaculíková spoke to Sputnik about the pros and cons of her profession.

Sputnik: How did you end up behind the wheel of a truck? Was it your dream, or was it just an opportunity?

Anna Vaculíková: I would say that this was neither a dream nor an opportunity. My boyfriend drove internationally, and I was always home alone. Once I just told him that I would get a license to drive a truck and we would drive together. He said, “Go Ahead .” It’s been five years now that we have been travelling together.

Sputnik: What do you like most about this profession?

Anna Vaculíková: When I travelled along international routes I enjoyed getting to see other countries. I saw them a little differently than when you go on vacation and only see the tourist hotspots. Now I only drive around the Czech Republic, and overall, I enjoy my job. I can’t say that there is just one thing I like about my work.

What I would like to mention is that most of the time, I am happy with our D1 highway and most drivers. Other times I don’t know whether to laugh, cry or get angry.

Sputnik: What do you think of the rule that truck drivers must return every four weeks from abroad to their country of origin? Does it restrict work? Or does it give drivers a chance to get some rest?

Anna Vaculíková: I think we are no longer living in the wild nineties, and people should have the right to a normal, decent life without just having to chase money. If you talk with professional drivers, you won’t find that any of them would like to live in a truck all their lives. Most drivers prefer a job that allows them to be at home every day. It used to be a money issue when large daily allowances were paid in the West. Today you will get paid pretty much the same amount wherever you go – to the West, East or, as they say, “in your own backyard”.

It’s not just domestic companies that employ foreigners from the East. And, although their qualifications cannot match those of Czech drivers, many firms threaten to replace local drivers with migrants. This forces local truck drivers into agreeing to conditions that under normal circumstances, they wouldn’t have accepted. Sadly, authorities in the Czech Republic do not want to do anything about this and turn a blind eye.

An example of what we see on the roads is a constant violation of most rules of the road and the very indifferent attitude towards this of the Czech police. At the same time, I get pulled over by police for trivial violations. When I asked why they don’t stop drivers from the East, who commit serious traffic offences, the policeman told me that he was here to educate Czech drivers and not to catch foreigners. So that we, Czech drivers, would behave decently abroad.

Sputnik: How often do truck drivers come across illegal migrants?

Anna Vaculíková: Whenever they enter a problem area.

Anna Vaculíková: Quite often, when we travelled to Serbia and Macedonia. We run into this on the Serbian-Hungarian border, when we wait in a queue at the checkpoint and x-ray, which is used to search for migrants that couldn’t be found by police officers before. During the wait, especially in the evening, migrants walk among the trucks bound for Hungary. When they have the opportunity to get into a truck quietly, they do.

Whenever they pass through, drivers immediately get out of their trucks and check their vehicles to make sure nobody has gotten in. The stowaways are mainly young men, and they carry backpacks on their shoulders and rolled-up blankets under their arms. I have never seen women or children.

Often migrants would hide under (on the axles of) the trailer. None of the drivers wants to have problems, and everyone wants to drive quietly and get home. If a driver finds a refugee somewhere in his truck, then he has to stand at the border for 24 hours because police immediately close everything off.

'Kissinger’s Nightmare': How Russo-Chinese Arctic Cooperation May Upset US Control Over the Sea