Italy must return to the lira because joining the euro has been disastrous and sticking with it would be suicidal.

Italy joined the eurozone in 1999 under the leadership of Prime Minister Massimo d’Alema of the “Democratic Left” party. This fateful participation, which entailed the complete loss of independent monetary policy, is undoubtedly the main cause of the disappointing performance of the Italian economy.

Italy’s GDP currently stands at $1.94 trillion and its growth rate is extremely anemic. In January, the country’s central bank estimated that the economy would grow just 0.6% this year. Between 1969 and 1998, Italy’s real per capita GDP increased by 104%. During this time, Italy had domestic monetary policy autonomy thanks to the lira, which it devalued frequently.

Since joining the euro, the devaluation option has been off the table. Italy’s monetary policy is set by the European Central Bank. During the period, 1999-2016 Italy’s real per capita GDP fell by 0.75%. During the same period, Germany’s real per capita GDP grew by 26.1%. While Italians have lost out, Germans have gained since the launch of the euro.

THE ECONOMY IS A MESS

Even as the Italian economy has shrunk, its debt has grown. It now has the third largest state debt in the world after the US and Japan. The debt mountain of $2.7 trillion at 132% of the GDP is far too high. The rescue of the Italian economy is impossible, since it exceeds the capabilities of European states.

Since 1999, the Italian economy has gone steeply downhill in all aspects. Fiat has ceased to dominate the European car market and the country has lost its leading position as a producer of white household appliances. Many factories shut down and several large businesses have relocated to other countries.

Labor market problems, low public and private investment in research and development, a large and inefficient bureaucracy, a dysfunctional, costly and slow-moving justice system, and high levels of corruption and tax evasion are among some of Italy’s intractable problems. With devaluation no longer an option, Italians have unable to put their house in order and kickstart their economy.

Unemployment is at about 11%, the fourth highest in the European Union after Greece, Spain and Cyprus. At the same time, unemployment among young people aged between 15 and 24 amounts to an alarming 30.8%. Poverty has risen to its highest level since 2005. The latest figures reveal five million people living in absolute poverty as of 2017. The figure includes 6.9% of Italian households.

As a result, a deep economic and social crisis is sweep through this Mediterranean country of the European South like a hurricane.

Even as debt, unemployment and poverty rise, Italy has the maximum bank branches per inhabitant in Europe. These branches survive mainly by giving interest and corporate loans, a poor and short-sighted business model. Given that the interest rates in the eurozone are zero, banks are making losses. Their liabilities have are reaching $290 billion, about 15% of Italian GDP. Italian banks are in deep trouble, spelling more trouble for the economy ahead.

The Italian economy is the third largest in Eurozone. In this badly designed monetary union, it is like a tired horse, loaded with bad debts, that is finding it difficult to breathe as it marches uphill on the stones and puddles of an incredibly rigid Eurozone system.

THE EURO IS ADDING TO THE MESS

The eurozone today is nothing else but a combination of conflicting interests among the member countries that make up it. What is of great interest to Italy is not of interest to Germany. What is of value to France does not matter to Greece. And the reconciliation of interests in the era of the common currency has proved to be impossible. This is because Germany, the dominant economic power of the eurozone, has managed to rule and dominate. It is using the euro for its benefit and other countries, instead of resisting or objecting, are bowing and obeying.

The time has come for Italy to leave the Eurozone. So far, Italian politicians have feared short-term negative effects of such an exit. Yet the cost of delaying Italy’s exit from the eurozone will ultimately prove to be far greater than the cost of rupture because of an imminent and impending economic crisis.

The first decision by the coalition government of the Five Star Movement and the Lega to submit a 2019 budget with a deficit of 2.4% defying Brussels was clearly in the right direction. Italian policymakers need to reinforce the economy by strengthening domestic demand and safeguarding the prosperity of the people. In a crisis, they cannot follow Brussels’s strict fiscal regulations that have been authored by Germany.

Italy must at last cease to dance to Berlin’s commands and bid adieu to the euro. By returning to the lira, Italy will regain its political, economic and institutional sovereignty. Despite current problems, Italy still has the second largest industrial capability after Germany in the eurozone at 19% at GDP. The country produces aircraft, cars, weapons, electronic systems, perfumes, shoes and clothes. Its export potential still remains high.

There is another reason to leave the euro. Italy needs energy in the form of cheap oil and gas. By leaving the euro, it could get oil from Libya and gas from Gazprom. This would lower its production costs. Combine that with a flexible national currency and the Italian economy would become extremely competitive.

To sum up, Italy is sailing into the turbulent eurozone sea where powerful winds will sink it. However, if its political leadership decides to change course and return to its national coin, Italy could still save itself. 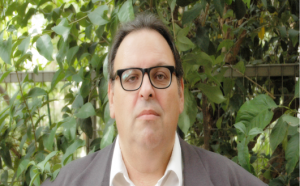