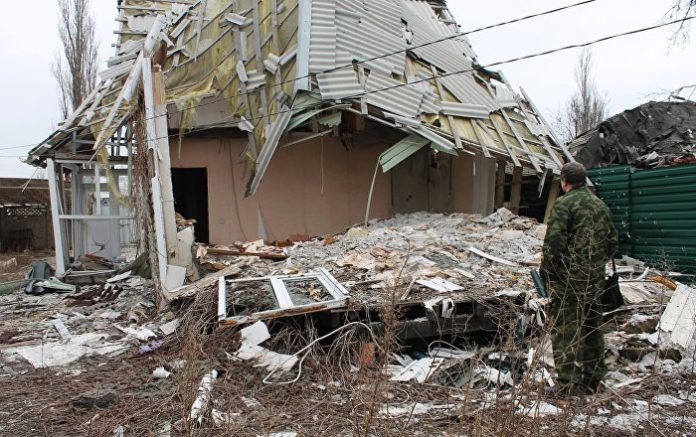 DONETSK (Sputnik) — At least seven people were killed and nine others were injured in the territory of the self-proclaimed Donetsk People’s Republic (DPR) as a result of hostilities with Ukrainian forces over the past week, a representative of the DPR ombudsman office said Friday.

“Within the period between 21 and 27 July 2017, as a result of armed aggression by Ukraine nine persons sustained injuries of various degrees in the territory of the Donetsk People’s Republic. Among them, seven DPR servicemen, one civilian man and one child under 18. Within the same period seven persons died, including six servicemen,” the representative said.

In 2014, Kiev launched a military operation against self-proclaimed Donetsk People’s Republic and neighboring People’s Republic of Luhansk, when they refused to recognize the new Ukrainian government that came to power after a coup. In 2015, the sides of the conflict reached a ceasefire agreement in Minsk after the negotiations brokered by the presidents of Russia, Ukraine and France, as well as by the German chancellor. However, the hostilities hadn’t ceased and the parties to the conflict continue mutual accusations of the regime violations.