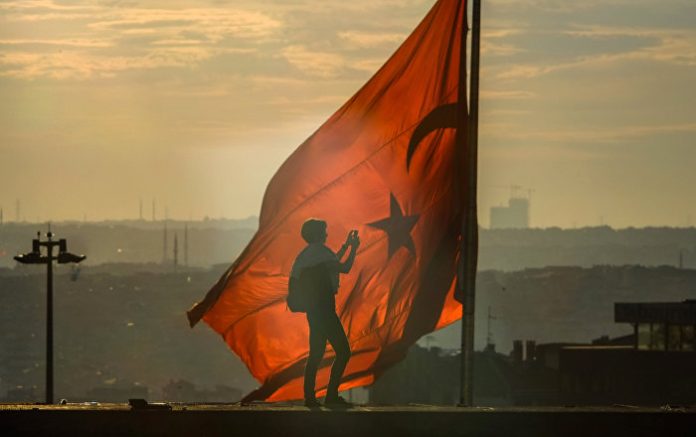 MOSCOW (Sputnik) — Shift to a federal form of government is not included in the Turkish political agenda, Erdogan said on Friday.

“We are the biggest defender of Turkey’s unitary structure. None of those states, federations and the like are not on our agenda and they will not be,” Erdogan said at a rally in the Turkish province of Konya, as quoted by the Hurriyet newspaper.

Earlier in the day, Turkish Prime Minister Binali Yildirim said that he would resign if the country decided to change its government from its current unitary form to the federal one. He stressed that a federal system would be a sensitive option for Turkey, given that the country has faced separatist movements in its southeastern regions.

Turkey’s southeast is mainly inhabited by Kurds, an ethnic minority group occupying also parts of Syria, Iraq and Iran. The group is striving to create their own independent state and promote self-determination for the Kurdish community.

In this context, some opposition parties have been calling for federalization of the state. In particular, pro-Kurdish Turkish People’s Democratic Party (HDP), opposing the proposed constitutional reforms, is seeking granting autonomy and expansion of rights to the country’s ethnic minorities. According to the party’s Deputy Chairman Saruhan Oluc, Turkish authorities put pressure on the parties which campaign against the constitutional amendments.

On January 21, the Turkish parliament approved constitutional amendments that would strengthen the presidential powers over the legislature and the judiciary. If approved by the referendum, the president will also be able to remain the head of the political party he represents, which is not allowed by the current legislation. The decision was criticized by opposition parties as a power grab attempt by the president.

The Turkish referendum on constitutional changes is scheduled for April 16.
Sputnik News