Leaders of far-right Ukrainian groups that rose to prominence in the 2014 coup d’etat they helped orchestrate, including the Azov Battalion and Right Sektor, have recently traveled to Hong Kong to participate in the anti-Beijing protests there. It’s unclear why the groups, sporting the apparel of a far-right hooligan group called “Honor” or “Gonor,” have gone to Hong Kong, but the fact that both the 2014 Ukrainian coup and the present protests in Hong Kong have enjoyed extensive support from the CIA-spawned National Endowment for Democracy may give a clue.

“Hong Kong welcomed us as relatives,” Serhii Filimonov wrote on Facebook Saturday, sharing a video of himself and other Ukrainian far-right figures in the semi-autonomous Chinese city. Filimonov once headed the Kiev branch of the Azov Civilian Corps, a support group for the ultra-nationalist Azov Battalion that’s thinly veiled as a civilian NGO.

“Fight for freedom stand with Hong Kong!!” said another post by Filimonov, showing them posing, masked, alongside Hong Kong protesters.
Figures in the video as well as photos posted the following day include Ihor Maliar, an Azov Battalion veteran who sports a “victory or Valhalla” tattoo across his neck, and Serhii Sternenko, who headed the Odessa section of Right Sektor when it torched the Trade Unions House on May 2, 2014, killing 42 people and injuring hundreds in the street violence before and after. Sternenko also helped found the “People’s Lustration” fascist gang, which harassed, beat up and humiliated former officials of the Ukrainian government in the months following the 2014 Euromaidan coup.
©
Sputnik Screenshot
Screenshot of a Facebook post by Serhii Filimonov showing “Gonor” members in Hong Kong

Several of the men wear paraphernalia of the far-right “Honor” or “Gonor” so-called youth group founded by Filimonov in 2015, sporting a stylized version of the “trident,” a symbol with ancient meaning in Ukraine adopted by ultra-nationalists, as three daggers. Several also have neo-Nazi tattoos, such as swastikas.

Actual swastika tattoos, just in case you were left in any doubt these are actual neo-nazis. pic.twitter.com/z2HqMWNXuO

​The men also posed in front of the wrecked Hong Kong Polytechnic University, where an intense two-week showdown between police and protesters saw more than 1,000 students detained and thousands of weapons seized, including petrol bombs and explosives. 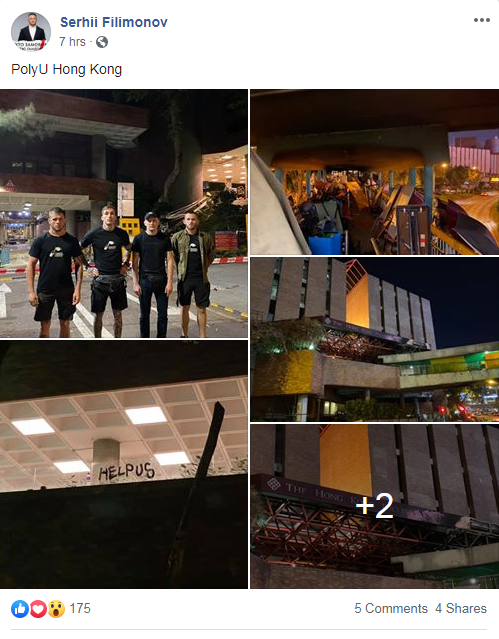 Early last month, Filimonov, Sternenko and Maliar spoke at an “academy of street protest” in Kiev, the posters of which featured a molotov cocktail emblazoned with the “Gonor” logo. 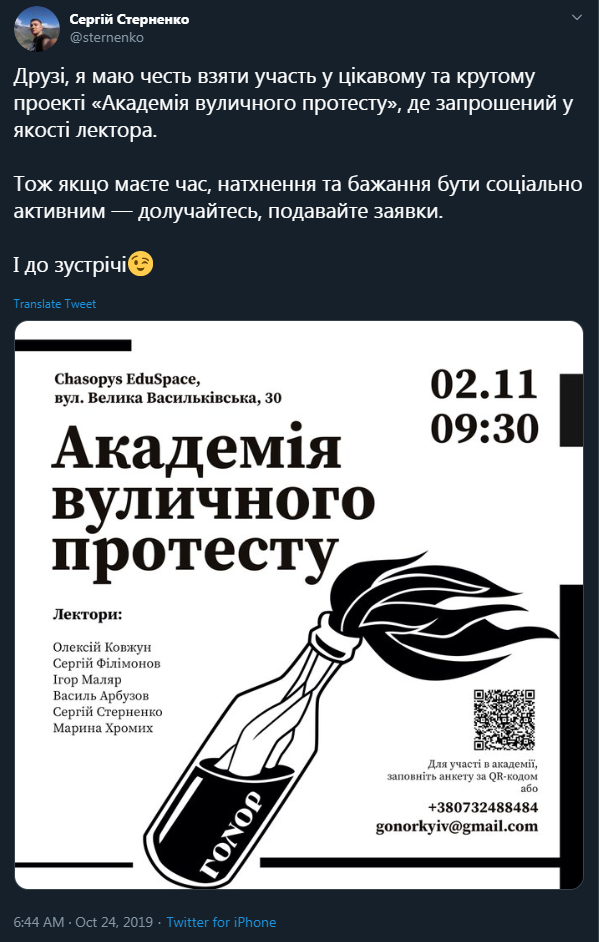 A Ukrainian Facebook page that came to the defense of the Gonor crew and their trip Monday afternoon seems to bridge the gap between the two movements. Calling itself the “Free Hong Kong Center,” the page posts about the supposed strong links between the Hong Kong and 2014 Ukraine protests, complete with the words “umbrella” and “dignity” on their banner, referencing what demonstrators in Hong Kong called their 2014 protests, seen as a precursor to the present unrest, and by far-right Ukrainians to the 2014 coup.

The Center came to the defense of Gonor on Monday, posting that they are “simple activists” now and “are not connected to any Azov movements any more.”

“They assured us they are really against nazism and another kind of alt-right ideology,” they posted, dismissing the neo-Nazi imagery as traditional Ukrainian symbols.

It’s not clear exactly what these “simple activists” were doing in Hong Kong. However, it’s worth noting the extensive groundwork laid for both the 2014 uprising in Ukraine and the 2019 protests in Hong Kong via the National Endowment for Democracy (NED).

In the three years before the 2014 coup, the CIA-backed NED sunk $14 million into regime change efforts in Ukraine, and the NED has been cultivating anti-Beijing attitudes in Hong Kong since the mid-1990s, before the territory was returned to Chinese rule by the British Empire.

Whether Filimonov and associates are there at the NED’s behest or as simply a bit of protest tourism is anybody’s guess. 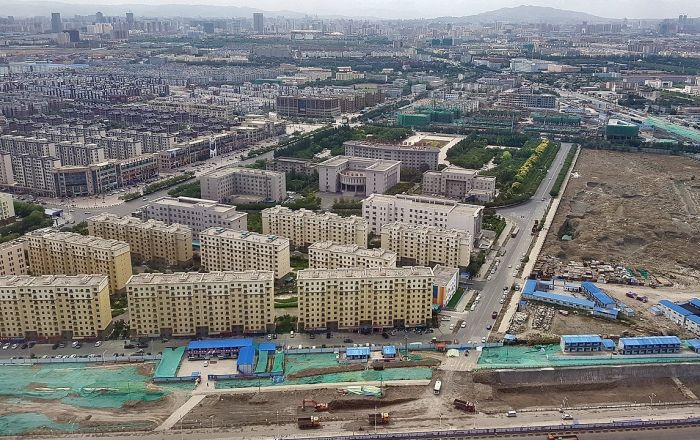 Fire Breaks Out in Biggest Shopping Mall in Azerbaijan – Video