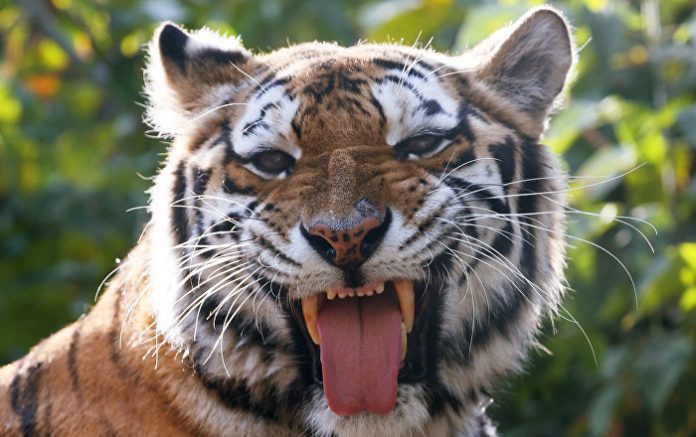 New Delhi (Sputnik): Residents of a village in the Indian state of Rajasthan were left shell-shocked on Tuesday to when they found a tiger arriving near their houses.

The incident occurred in a village located near Ranthambore National Park, a popular wildlife reserve near Sawai Madhopur in the northern state.

A tiger reportedly entered a village in Rajasthan,India creating a sense of panic amongst villagers
Police soon arrived with the local forest officials pic.twitter.com/GVu37fPa5J

Frightened villagers called the police and forest officials for urgent help to tackle the precarious situation.

The police soon arrived with local forest officials to tame and take the predator away from the rural population.

Last November, a tigress named “Avni” made headlines after being shot dead in the Indian state of  Maharashtra. Being a classic example of man-animal conflict, Avni’s killing caused outrage among many across the country with animal rights activists organising countrywide protests. The officials though at the time said that they wanted to catch Avni because the tigress was allegedly a “man eater”.