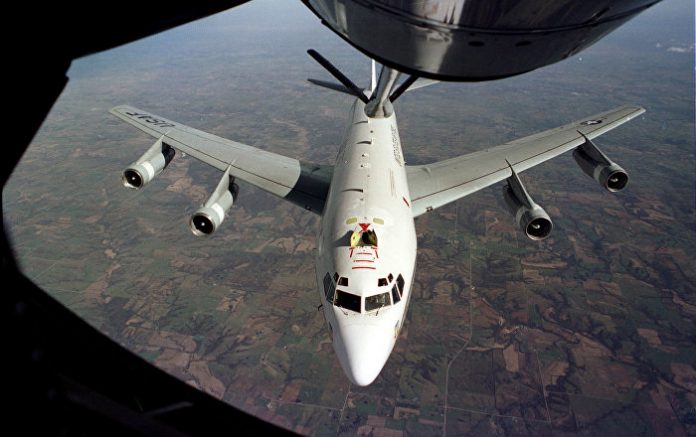 MOSCOW (Sputnik) — The United States on Tuesday sent a nuclear sniffer aircraft to fly over the east of the Korean Peninsula to monitor radioactivity levels amid the increased likelihood of another North Korean nuclear test, media reported citing a South Korean government source.

“The WC-135 Constant Phoenix, a special-purpose US plane, made an emergency sortie today over the East Sea,” the source told Yonhap news agency.

The flight of the aircraft, which arrived at Kadena Air Base in Japanese Okinawa earlier in April, was specifically aimed at finding out whether or not Pyongyang had carried out another test.

Tensions around North Korea’s activities with both nuclear and missiles have escalated in recent months after Pyongyang conducted a number of nuclear tests and ballistic missile launches in violation of the UN Security Council’s resolutions.

The most recent missile launch by Pyongyang reportedly took place early on Sunday but, according to South Korea’s Join Chiefs of Staff, ultimately failed.

Before that, the United States had sent a naval group led by US aircraft carrier Carl Vinson to the Korean Peninsula. On April 14, US media reported that US President Donald Trump might order a strike against North Korea if Pyongyang decided to carry out another nuclear weapon test.