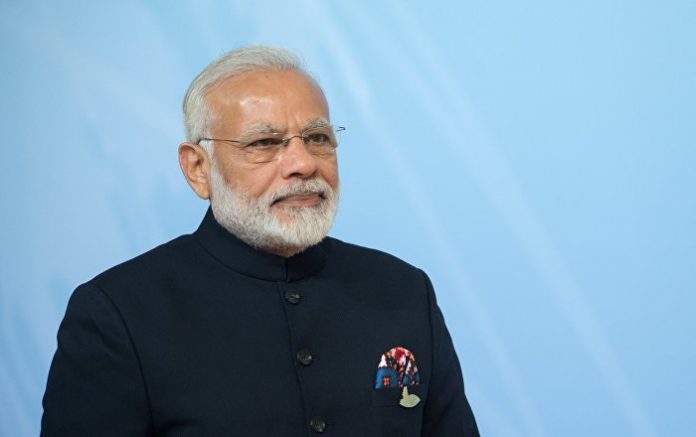 During the Q&A round of the Miss Kohima beauty pageant, one of the contestants, Vikuono Sachu, was asked by the panel what she would tell Indian Prime Minister Narendra Modi if invited for a chat with him.

Sachu, who was crowned second runner-up of the Miss Kohima Contest, said she would advise him to “focus more on women instead of cows”.

“If I were invited to have a chat with the prime minister of India, I would tell him to focus more on women instead of cows,” the 18-year-old can be heard saying in the footage which has gone viral on social media.

During Miss Kohima 2019 beauty pageant, a contestant was asked the question:

“if Prime Minister of our country Modi ji invites you to chat with him, what would you say?”

She replied: If I were invited by the PM of India, I would tell him to focus more on women instead of cows. pic.twitter.com/Q4HDgjlYWt

The viral video has racked up over 100,000 views since posted and has sparked sharp reactions on Twitter, kicking off a debate, in which several Indians called her out for being “ignorant”, while others saw her response as an attempt to draw media attention.

I think, now that bcz of her comment she ended up becoming just a 2nd runner-up, she should simply think about her modelling career rather than telling or teaching a Prime Minister of what he should do..
Some ppl can go to any freaking extent just to come in limelight.. 😂😅🤣

Not medal….educate her… unfortunately lot on nagaland still thinks themselves as not Indians and not there fault. NE has always been neglected in the past. Someone tell her about the law passed on triple talakh. That’s not for the cows.

This isn’t the wisdom of an 18yr old beauty queen aspirant. She would be happy if she could utter three words without twisting her tongue and some grey cells.
This is a dress rehearsed q & a,some news folks and their channels are thrilled that they are as sharp as the 18 yr old.

Ignorance is a Bliss indeed for the Young Lady.Time that she understands about her Nations ongoing Initiatives for Women and Child Empowerment / Development … This will be of help. https://t.co/0pq77yY7Dv

Several others, however, hailed the contestant for her impromptu reply and for freely speaking her mind.

Seeing this is my WOW moment of the morning !
Way to go Miss Kohima, Nagaland… u rock! https://t.co/meNeWOSG2O

Right in the face Modiji pic.twitter.com/RVjj4IIlx6

The contestant’s response took over the social media platform as it came at a time when incidents of mob lynching and violence over cattle smuggling or fringe cow vigilante groups have increasingly been reported.