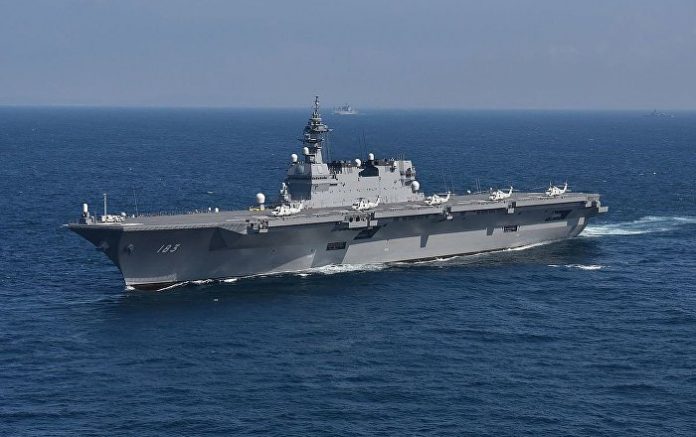 Until Japanese sailors and airmen develop routine experience with flight deck operations involving the F-35B Lightning II, US Marines with far more experience will fly from the ships, according to the Japanese daily Asahi Shimbun.

A similar arrangement has been reached with the British Royal Navy for its new flattop, the HMS Queen Elizabeth, Sputnik reported, and Washington may sign similar agreements with Italy and Spain for their light carriers, The Diplomat noted.

The 27,000-ton Izumo-class multi-purpose destroyers weren’t built to handle jets like the F-35B, but rather helicopters. That’s how the Japanese Maritime Self-Defense Force (JMSDF) dodged calling them aircraft carriers. However, a retrofit of the ships to accommodate the stealthy jets, which can take off and land vertically, was confirmed last December, which will make the ships the first true aircraft carriers fielded by the island nation since World War II.

Tokyo has plans to buy 42 of the F-35Bs, in addition to 63 F-35As, a version of the jet that operates from normal runways. Sputnik reported the cost as roughly $10 billion, not including software upgrades.

The Izumo’s upgrades should be completed by 2020, and her sister ship, the Kaga, should be finished by 2022. However, the JMSDF isn’t due to receive its F-35s until 2024, the Shimbun noted.