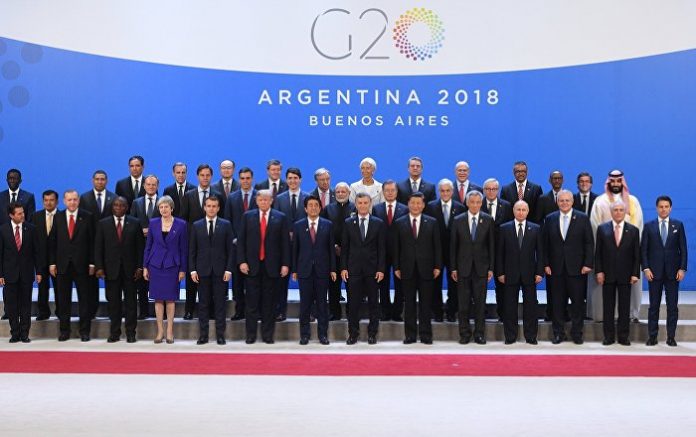 New Delhi (Sputnik): Russia, India, and China (RIC) will have a trilateral meeting on the sidelines of the G-20 Summit in the Japanese city of Osaka this week, and according to a security analyst these three countries must not be taken lightly as they are serious players globally.

“This Russia-India-China meeting has to be seen as a substantive meeting. It will not be and cannot be seen as an optics meeting like the one between Prime Minister Modi and President Trump. I see these three countries as serious players,” according to Indian Security Analyst Pravin Sawhney.

A similar initiative could also be taken up at the level of the BRICS that comprises Brazil, South Africa apart from Russia, India, and China.

“This Russia India, China (RIC) relationship is growing and will continue to grow because these three countries are all positioned in the Eurasian landmass and this is the area that matters. So whatever is said or not said at the RIC will have long-term policy implications and I see a lot of positivity coming out of this,” Sawhney said.

Both India and China are facing trade frictions with the US. India has been affected in particular by Washington’s recent decision to withdraw the Generalised System of Preferences (GSP), besides other trade-related disputes.

India has countered by imposing retaliatory trade tariffs on the US covering 28 products, including almonds and apples.

The China-United States stand-off is over Washington’s demand that Beijing reduces the massive trade deficit of over $539 billion. The US is also asking China to come up with verifiable steps to protect intellectual property rights (IPR) and technology transfers, besides giving more access to American goods in Chinese markets.

Both countries have imposed additional tariffs on billions of dollars worth of mutual exports.

Of late, Russia’s slant towards China and Pakistan had India concerned so much that Prime Minister Modi undertook a visit to the Russian city of Sochi last year to reset ties. Moscow still remains a major supplier of critical components to the military and civil nuclear works.

China’s Zhang Jun said this trilateral relationship is showing “sound momentum of growth”, and therefore, under the present circumstances, “it is important that these three countries strengthen coordination on major global issues and deepen cooperation on multilateral and international affairs to make an important contribution to global peace”.

The views and opinions expressed in this article are those of the author and do not necessarily reflect those of Sputnik.