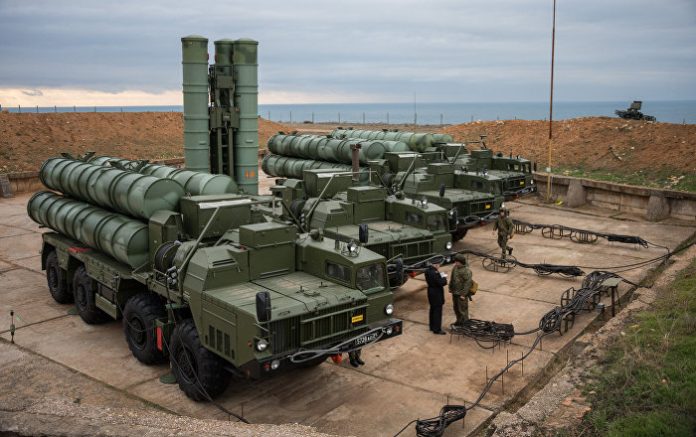 The Trump administration’s sanctions against Russia and Iran may backfire on US-India relations, which Washington is struggling to broaden. Among New Delhi’s major concerns are the development of the Iranian port of Chabahar, a key point of access to Central Asia, and the purchase of Russia’s S-400 air defense system.

In an apparent effort to cope with burning issues, the US State Department announced on July 20 that the first US-India “2+2 dialogue” between Secretary of State Mike Pompeo, Defense Secretary Jim Mattis and their Indian counterparts, Minister of External Affairs Sushma Swaraj and Minister of Defense Nirmala Sitharaman would be held on September 6 in New Delhi. The announcement came a month after Washington postponed the summit citing “unavoidable reasons.”

Sputnik: What’s your take on India-US relations under Donald Trump? What could one expect from the forthcoming US-India 2+2 dialogue that is due to take place this September?

Amrita Dhillon: In Mr. President’s words, India-US relations are unprecedented in nature, where both countries get their leaders elected with a nationalist wave. However, “America First” could be a point where bilateral relations face a bitterness, as still, the United States is one of the highly lucrative places Indians would prefer to migrate for their jobs. Another reason is bilateral disputes especially related to trade.

The 2+2 dialogue could be a game-changer for India as the major agendas will include Pakistan and China; especially the CPEC [China-Pakistan Economic Corridor] will be the focal point of discussion for the Indian side, as it is violating both India’s defense and foreign policy.

Inspired by the India-Japan 2+2 dialogue, this will help both India and the US in containing China in the Pacific. However, India has to play wisely, as the US will certainly come up with an agenda to make aggressive moves against India’s two major allies, Russia and Iran. Here India needs to effectively dodge the Trump administration’s policies on Chabahar and Russian weapons purchases.

Sputnik: How could the resumption of anti-Iranian sanctions by the Trump administration affect India-Iran relations? Is it possible, in your opinion, that India will succumb to Washington’s pressure and stop cooperating with Iran? Could it hurt New Delhi’s national interests?

Amrita Dhillon: Yesterday’s announcement by India’s oil minister highlighting Iran as the second-biggest oil supplier to Indian state refiners between April and June is the befitting reply to the Trump administration’s trade-dominating policies. Iran is India’s all-weather ally in Central Asia and keeping an eye on Pakistan, India will never succumb to Washington’s pressure and will continue cooperating with Iran. Chabahar port cooperation is one of India’s key strategic interests to maintain the balance of geopolitics in the region. New Delhi will never kneel down there.

Sputnik: What’s your take on Washington’s displeasure with Indian-Russian defense cooperation? Will the US subject India to sanctions over its expected purchase of the S-400 defense system, in your opinion?

Amrita Dhillon: The anti-Iranian rhetoric obscures the US’s need for an alternate route to Afghanistan and CARs [Central Asian Republics] to reduce dependency on Pakistan. While their talk with Uzbeks is ongoing, Chahbahar does provide a viable alternative.

Similarly, they realize that the countries they now need in the Indo-Pacific to counter China have long sourced weapons and equipment from the USSR/Russia.

The Kremlin is the largest supplier of military hardware to India and an all-weather strategic partner. Souring relations and giving an upper hand to the US due to CAATSA (Countering America’s Adversary through Sanctions Act) with Iran and Russia is unrealistic for India.

The US has shown regular inconsistencies in its policies in the last few years. The advancement of the S-400 deal with Russia is symbolic of the fact that India’s top priority lies in its national interest.

I do not observe any alteration in the continued sovereign foreign policy of India. It cannot be held hostage by the dominating policies of any major power. India has maintained good relations with most nations affected by the shift in the US’s policies and will be able to continue the same with all of them including the US with waivers/concessions on CAATSA or any other similar dominating methodology.

America would need to do some fine balancing as it cannot go it alone.

The views and opinions expressed by the contributors do not necessarily reflect those of Sputnik.

Amrita Dhillon is the founding editor of The Kootneeti, a New Delhi-headquartered multilingual magazine on international relations and diplomacy.