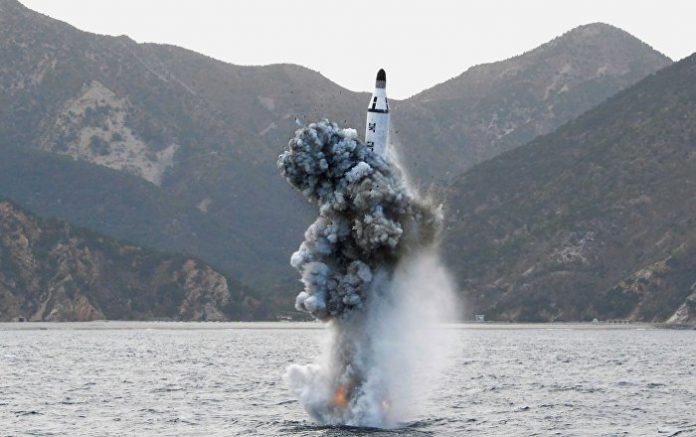 As the Pentagon looks for ways to pressure the Democratic People’s Republic of Korea (DPRK) into denuclearization without engaging in open conflict, US Defense Secretary James Mattis presented the proposal to Congress, though no final decision has yet come down.

US Vice President Mike Pence visited South Korea this week, where he told CNN that President Donald Trump’s administration would “abandon the failed policy of strategic patience” forged under former President Barack Obama, explaining that Washington intended to use economic and diplomatic tactics to deal with Pyongyang.

He also made it clear that “all options are on the table” in regard to the US’s response.

Despite this, Han Song-ryol, North Korea’s deputy foreign minister, told the BBC that the North would continue its missile tests, “on a weekly, monthly and yearly basis,” warning that if the US took military action against them, an “all-out war” would ensue.

This comes as Pyongyang attempts to develop an international ballistic missile (ICBM) with a warhead attached capable of reaching the US, and also after Trump reportedly ordered a Navy strike group led by the USS Carl Vinson toward the Korean Peninsula, though there are reports of the vessels being spotted thousands of miles away in Indonesia.

Further complicating matters is the deployment of the US’ Terminal High Altitude Defense (THAAD) system in South Korea, which has not only sparked protests from residents who live near the system, but also from allies like China, who believe the system’s radar can be used spy on Beijing.

Author and Analyst Patrick Lawrence suggested to Radio Sputnik’s Loud and Clear that when Trump ordered his airstrike on Syria’s airfield in Ash Sha’irat, he purposefully timed it to coincide with his meeting with Chinese President Xi Jinping, as a way to pressure China into falling in line with Washington’s stance against the DPRK.

​Lawrence pointed out that, in fact, Chinese media said Washington was “flush with overconfidence and arrogance” following the Syria strike, and said the scare tactic was ultimately ineffective.

“The Chinese position is very, very clear. They don’t want this crisis of course, they would prefer a denuclearized Korean peninsula. They will do at the margins what they can, but the position is (immovable). They want this resolved through talks, they see no other way to get beyond this crisis, certainly not a military solution of any kind,” he said.

Former defense officials like Abraham Denmark believe that neutralizing test missiles would lead to an escalation that could possibly be deeply impactful for South Korea and Japan, two US allies in the region.

Denmark was senior Pentagon policy official for Asia under Obama. He told the Guardian that, “I would see such an action as escalatory, but I couldn’t guess how Kim Jong-un would interpret it … But I would be concerned he would feel the need to react strongly, as he would not want to appear weak.”