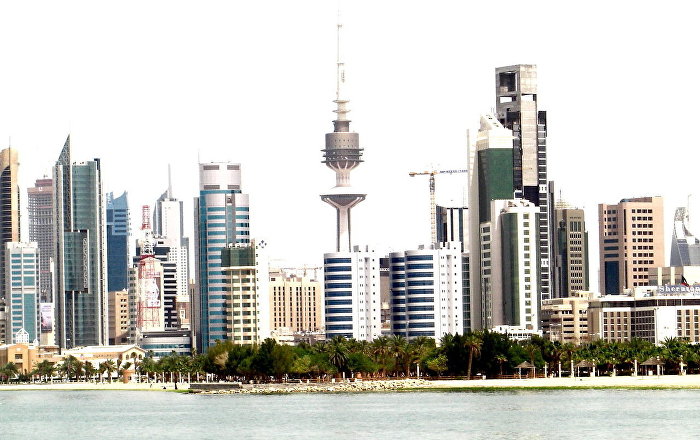 Kuwait’s National Assembly on Monday approved an expat quota bill to cap the foreign population in the country at 65 percent instead of 70 percent; the bill stipulates that the Indian population in the Gulf nation shall not exceed 15 percent.

Talking about the policy, which has the potential to jeopardise the livelihood of nearly 800,000 Indians residing in Kuwait, Zikr-ur-Rahman, former Indian Ambassador to Saudi Arabia, tells Sputnik that though the decision has been induced by the pandemic at the moment, the long term goal of the policy is the ‘kuwaitisation’ of the population in the nation.

“The idea is that the Kuwaitis should be in the majority. They should not be less than what they are today – 30 percent. Whether they succeed or not we will come to know only after 5-10 years,” the former ambassador said, adding that the bill will first target the illegal migrants in the country rather than the bonafide ones.

The Indian community constitutes the largest expatriate force in Kuwait, at 1.45 million out of total foreign population of 3 million. The country’s total population is 4.3 million.

Larger Implication in the Gulf Region

As many of the people brought back to India under the country’s repatriation scheme are from the Gulf region, the question arises whether more Gulf countries are likely to enact a similar policy in response to declining oil production and the cost of energy, which is upsetting the economy in the region and costing jobs.

Speaking on this, Rehman said he doesn’t foresee it because such legislation has been enacted in the past in Gulf countries from time to time. Nevertheless, he did not rule out the possibility of Gulf countries curbing the number of those illegally residing in the country in the future.

“This legislation has been brought by a number of countries from time to time in the past. It is called Saudisation (Saudi Arabia) or Omanisation (Oman). These countries need skilled people and Indians are known to deliver. However, the illegal population has posed a major challenge to these countries, especially while containing the pandemic.”

According to the Indian Ministry of External Affairs, out of nearly 31 million non-resident Indians (NRIs), an estimated 8.5 million are working in the Persian Gulf. Also, Indians account for 30 percent of the expatriate workforce in the Gulf region.

Rehman pointed out that if the Gulf countries start deporting Indian nationals who make up a major workforce in the region, the infrastructure in those countries would collapse.

Blue Collar Jobs to Be Hit

India’s Foreign Secretary Harsh Vardhan Shringla has also responded to Kuwait’s new bill targeting foreign nationals in the country. He mentioned that although a lot of Indian citizens have already been returning to India due to the shutting down of industries that supported the economy in Kuwait, he believed it was “a temporary phenomenon”.

“We do see this as a temporary phenomenon as the price of petroleum is gradually going up; demand for energy is increasing, therefore, they will once again require the expertise that our expatriate community is providing.”

The minister stated that Kuwait’s policy applies more to the blue collar workers such as welders and masons and added that these are the people whom the government will re-train and re-skill to put them in areas where such skills are required.

The major impact of Kuwait’s policy will be seen on the blue collar workers in the region, as there has already been a drop in the number of people migrating to Gulf region for such jobs.

In the Indian state of Kerala, where the economy is powered by remittances from abroad as it generates among the most migrants of any state in India, has seen a 90 percent drop in the number of people migrating to the Gulf region for blue-collar jobs.

However, despite the drop in Indian migration to the region, remittances from the Gulf grew by over 14 percent in 2018 to $78.6 billion. This was largely due to labourers climbing the social ladder and raising in the number of higher-income white-collar professionals.

Similarly, Saudi Arabia, home to 3.2 million Indians who are mostly employed in blue collar jobs, in 2018 barred foreign nationals from engaging in 12 occupations to save these jobs for its nationals.

India features as the world’s top recipient of remittances, a bulk of which comes from Gulf nations such as Saudi Arabia and the UAE. Indians working abroad sent nearly $83 billion back home in 2019 and the World Bank has predicted that these remittances are likely to decline by 23 percent due to COVID-19.