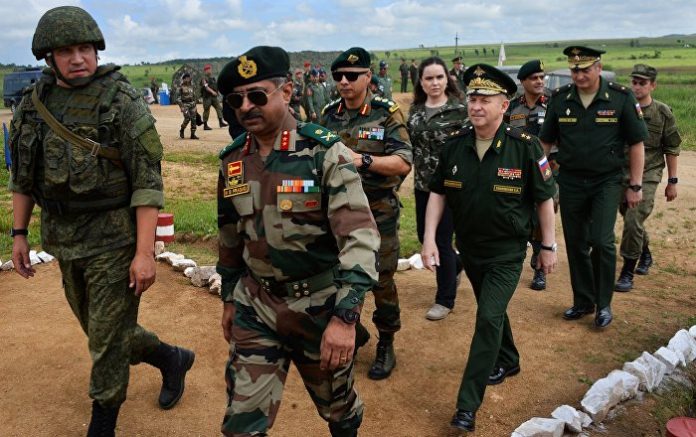 New Delhi (Sputnik): Putting aside normal protocols on humanitarian grounds, the Indian Army on Thursday handed over the body of a seven-year-old boy who fell into the Pakistan side of a nullah but was recovered from the Indian side, close to the Line of Control (LoC) that separates the two neighbouring countries.

The video released by the Indian Army shows that dozens of grieving Indians attended the handing over of the body of the Pakistani child, identified as Abid Ahmad Sheikh, at the border.

Per media reports, the child was a resident of Minimarg in the Gilgit region of Pakistan-administered Kashmir. He went missing on 8 July and is likely to have slipped into the Burzil Nala.

After establishing the identity of the boy through civil administration, the Indian Army said: “The local religious head and village elders were taken into confidence to support the noble gesture of handing over the dead body to the family of the deceased young boy at the earliest.”

The Indian Army established contact with Pakistan Army via hotline, convincing the civil administration to facilitate the handing over of the body as early as possible. Finally, the body was handed over to the family near the village of Dudhgai at the LoC.

The noble gesture was undertaken at a time when the Indian and Pakistani militaries are involved in escalations at the border, and fresh exchanges of fire resumed only last Saturday. Since then, two Indian troops and many civilians on each side have been injured by the conflict.