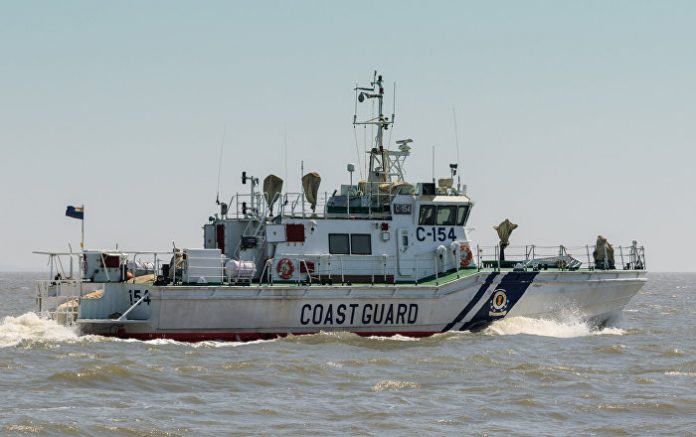 These ships will be used for all weather coastal patrol and surveillance, search and rescue, anti-terrorists & anti-smuggling operations. Sources told Sputnik that these boats will be inducted into Indian Coast Guard in October this year following extensive trials on fitted equipment and machinery.

“The launched boats are part of the 36 interceptor boat project contract which was signed between Indian defense ministry and private defense firm Larsen and Turbo in March 2010. Out of these 36 boats, 24 have been delivered. These are the last two boats in this series of contract,” a defense official said.

Equipped with state of the art ultra-modern technology sensor including sophisticated navigational and latest communication system, the boats will be manned by 12 crews including three officers. The endurance of these boats is 20 hours which is nearly double to the endurance of earlier boats from the same class. These boats cost approximately $3 million each.

The government has bestowed the responsibility of guarding 12 nautical miles of territorial water to the Indian Coast Guard. But, the country’s apex auditor CAG had revealed in its report major loopholes in coastal security system due to lack of resources and under-utilization of patrol boats. However, in the last few months, private defense companies have expedited delivering high speed patrol boats and ships to the Indian Coast Guard.