One of the city’s most prestigious and illustrious cultural venues, the All India Fine Arts & Crafts Society gallery, displays about 40 photos taken by the world’s best young photojournalists who won in this year’s edition of the prestigious international competition organised by Rossiya Segodnya International Information Agency under the auspices of the Russian Commission for UNESCO. Works from photographers from India, Italy, Russia, Egypt, Bangladesh and other countries are being showcased.

The exhibition, which runs until 5 December, is being held as part of the world roadshow of the contest’s laureates. The exhibition has already travelled to Moscow, Budapest, Cape Town, New York, and Italy’s San Donato Milanese.

Rossiya Segodnya Director of Photography Alexander Shtol, who is the executive director of the contest, told reporters that of the 240 winning entries, the 40 that were chosen were considered to be most relevant for Indians in terms of the subject matter.

“These are photos relating to acute social issues — social conflicts, humanitarian topics. And also just very talented, good photos that are included in the My Planet category. Each of them, of course, has a great story. These photos are not just what they capture when [photographers] go out onto the street. These are deeply thought-out topics that lead to serious questions, which, in turn, need answers,” Shtol said.

Russian Ambassador to India Nikolay Kudashev also praised the Stenin contest organisers for bringing such an interesting exhibition to the city, saying that the event “turned out great” and brought out a massive audience comprising Indian partners, including from the media, to the opening ceremony.

“I, as the person who stood at the origins of the exhibition, believe that photographic art tells us about the value of life and its multifaceted nature. Understanding the significance of being and human life is one of the foundations of our relationship with India, [which is] deeply humanistic in nature,” Kudashev said.

The exhibition featured photo stories on a wide range of topics, including forced migration, preservation of ethnic identity, environmental problems, social volunteering, animal life and others.

An important place in the exposition is occupied by the works of winners from India. One of the most colourful photographs is by Dey Santanu, which features near-obsolete professions — from the Bahurupi street costumed actors to street glass cutters. India is also represented by Debarchan Chatterjee’s documentation of protests against the crackdown on the country’s lower and middle classes and vivid depictions of sporting events by Amit Moulick and Ayanava Sil.

Among other memorable images is a powerful shot by Sameer Doumy, a French photographer of Syrian origin, titled “Escaping Conflict to Another.” It depicts a man who is carrying a wounded girl in his arms after an airstrike on Damascus.

The Andrei Stenin International Press Photo Contest was launched in memory of Russian photojournalist Andrei Stenin, who was killed in the Donetsk region in eastern Ukraine on August 6, 2014, after his car was shot at and burned on a highway. 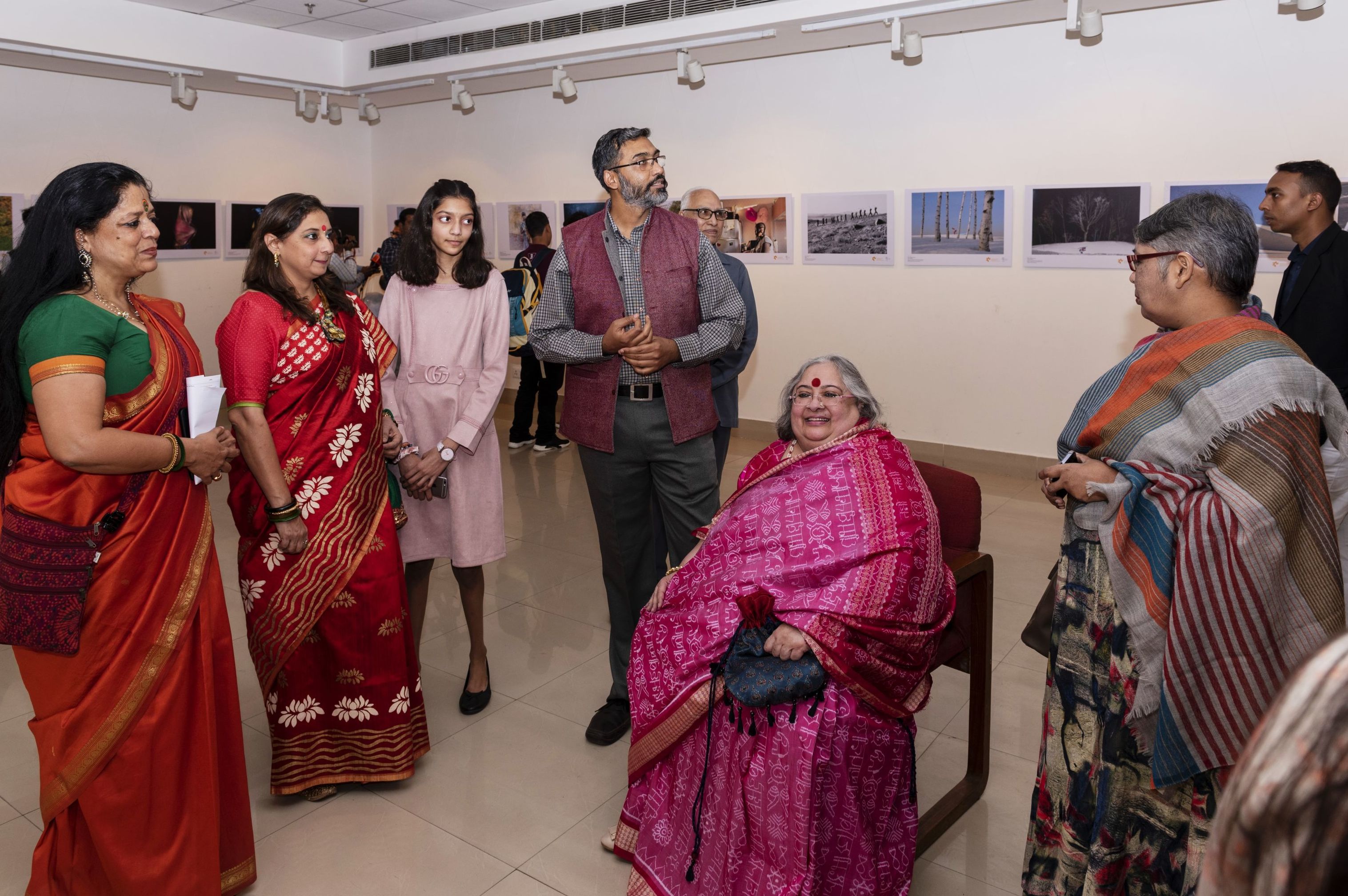 ©
Sputnik / Abhishek Kumar
Painter, designer, art curator Alka Raghuvanshi (in the middle) at the winners exhibition of the Andrei Stenin International Photo Contest at the AIFACS Gallery in New Delhi.