Latin America refers to a group of countries in South America where languages such as Spanish, French, and Portuguese are the common languages. The people of these countries share several ancestries making this region culturally diverse.

The land is also virgin and home to large biosystems such as the amazon that is home to several species of plants and animals. Looking at Latin America, you get what defines a suitable travel destination with plenty to experiences.

Things To Do In Latin America

Have A Taste Of The Mexican Delight

You can take part in some of the festivals and also enjoy some of the indigenous foods such as tortillas, tacos, and tamales. You can take some time and listen to Mexican folk songs mostly played over a smooth beat with instrumentals from a Spanish guitar.

You can also try out tequila which is an iconic Mexican alcoholic drink made from roots of the agave cactus.

If you love nature, you can get a first-hand experience in the amazon forest that punctuates the amazon basin. The forest is home to several species of plants and animal as earlier indicated with many others yet to be discovered. The forest is also the residing place to several indigenous tribes. You can experience their way of life more so the friendly tribes by sharing meals, going for hunting expeditions and taking part in some of their festivals.

You can also take a boat ride on the Amazon River and get to witness the lush green forest which is a very important biosystem in the South American continent.

Take A Hike Of The Andes Mountains

You can also take a hike on one of the world’s longest mountain ranges, the Andes. The ranges have several peaks in South America the longest being Aconcagua in Argentina. The snow-capped mountain is an amazing site especially if you are into photography.

You can take a hike of the ranges and have an adventurous time at the various stops that also act as camping sites. There are several resorts at the foothills of the ranges where you can have a relaxing time as you partake the chilling scene with snowcapped mountains in the backdrop.

Before visiting Latin America you need to know of your exact destination and places to visit keeping in mind that this region consists of 13 dependencies and 20 countries. Plan your finances well and a point to note is that several countries in this region use the peso as their currency unit though differing in value. Check the exchange rate yen to peso or USD to peso to get a clear outlook of the financial backing you need for the trip.

In conclusion, Latin America is one region you need to make a point in visiting to get the taste of the distinct culture among other goodies. 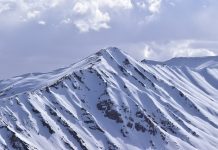 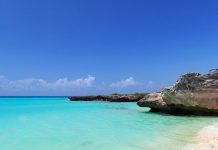 Best Beaches In The Caribbean 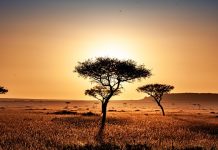 Ten Tips For Anyone Visiting Africa For The First-Time