While we’re getting ready to usher in the winter, Europe is quickly coming out of its cold, icy spell. The city is getting ready to wake up from its slumber as the trees alongside the canal return to their radiant green colour, the tulips bring a burst of colour and the Amsterdam’s parks and city centre bustle with residents and tourists looking for that first bit of warm sunshine. Many have said that spring is an ideal time of the year to visit this vibrant city, and with it being a convenient direct flight from SA with KLM Royal Dutch Airlines, here are five reasons you should be planning a trip to this beautiful city during Europe’s springtime.

The Tulips Are In Full Bloom

Amsterdam is known for its beautiful, colourful tulip fields. In fact, they’re one of the city’s most iconic symbols and these gorgeous flowers are in full bloom in the midst of spring. Around the middle of March, the city’s markets and flower shops are filled with an array of colourful tulips which serve as a not-so-subtle reminder that winter is officially over. Just a short bus drive out of the city will take you to Keukenhof Gardens, a stunning destination packed with more than seven million flowers! You can tour the gardens daily between March and May, but there are also several wonderful flower shows worth attending. You can also get involved in Amsterdam’s annual Tulip Festival which runs throughout April.

One of the biggest days on the Dutch calendar is King’s Day which is celebrated on the 27th of April – right in the middle of the country’s springtime. King’s Day is renowned for being one of the biggest and most colourful festivities in the Netherlands as the country celebrates King Willem-Alexander’s birthday. The fun traditionally begins on the eve of the big day with the carnival atmosphere continuing throughout the city on King’s Day. DJs perform at parties on public squares, brightly decorated boats fill canals and live music spills onto streets from cafe patios. Over a million revellers spill out onto the streets and canals to paint the town orange with boat parties, street parties, house parties, bar parties and every other sort of party imaginable.

Activities Are A Plenty

Spring is certainly a vibey time in the Dutch capital with plenty of fun activities to be had while avoiding the crowds of summer. There is no better time to see the awesome canals of Amsterdam than in spring. If you’re visiting in spring, you should not miss out on a water-borne tour of the splendid canals of Amsterdam. The canals are not only a spectacular sight, they are also a declared UNESCO monument since 2010. The city’s parks are also bustling with a variety of Sunday markets, yoga classes and open air theatres popping up. There are even free concerts taking place every once in a while.

It’s The Best Time To Cycle Around The Town

Amsterdam is known for it’s cycling culture. Bicycles are incredibly common in the Dutch capital. In fact, over 50% of the city’s population use their bikes on a daily basis. Everyone from kids to students and professionals opt to cycle around the city as their official form of commute and spring is the best time to do so. With the warm breeze and just the right amount of sunshine – you won’t be left baking in the sun or peddling faster to get warmer.

Amsterdam is one of the busiest cities in Europe. In summer, the city is bustling with holiday makers looking for a quick getaway while the Christmas markets make Amsterdam an attractive holiday destination in the winter. In the spring, however, the city is still busy but less crowded. You’ll find plenty of space to roam about and with the days getting longer and the sun staying out, you’ll have ample time to enjoy everything the city has to offer. 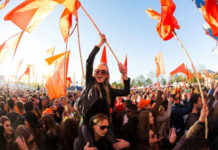 Everything You Need To Know About The Netherlands’ King’s Day 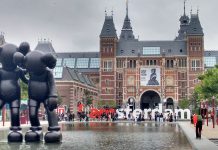 Planning a Tour to Amsterdam from UAE/Dubai? Here is a perfect Amsterdam Tour guide!