The idea of trekking up to the foot of the spectacular Everest, the tallest mountain in the world, may seem challenging, but the reward makes all the hard work worth it. Here are 10 important facts about making the most amazing trek in the world!

Even though the Everest Base Camp (EBC) falls in the circuit of the world’s highest mountain, the Mt. Everest there’s very little climbing involved. It’s mostly a basic trek as the mountain paths on this route are kind with subtle gradients on the way. Although there are some considerable steep sectors on the way which the trekkers will need to challenge for one or two days, there is no need to rush the journey like most climbing operations demand. People can feel free to stop in certain areas on the way to the base camp for a rest. There is no need to carry crampons, wires or any technical gear.

A trek to the EBC is more than just a trekking experience; it is almost like participating in history! Standing at a height of 17,600 ft, the late great Edmund Hilary used the now famous course from Jiri to Namche Bazar back in 1953 to conclude his historical expedition. This route is very popular also because of the celebrated Namche Bazar which is the unofficial capital of the local Sherpas. Sherpas are considered to be the kings of the Himalayan regions.

Also, this trek presents amazing challenges such as hiking up to Kala Pathar (18,192 ft), the famous Nangkartshang Peak (16,672 ft) and of course the Everest Base Camp itself (17,600 ft). Trekkers will also get to explore the amazing Sherpa villages and the ancient Thami and Tengboche monasteries on their way.

First, fly out from Kathmandu to the mountain airstrip of Lukla, a small airport in the town of Lukla in Khumbu. Then, start off the journey to the EBC. There are other options such as taking a bus to towns like Jiri, Saleri or Phaplu and then trek to Lukla which might take anywhere between 2-4 days depending on your pace. But these routes are far less travelled and it takes a lot more time to reach the base camp.

Considering the fact that trekkers will be operating at 17, 590 feet above sea level, the trek is extremely safe. All it takes to make sure that there are no unexpected troubles along the way is a good guide who can inform the travellers regarding how to plan the itinerary in terms of resting periods and becoming accustomed to the surroundings. Obviously planning to have good food and clean drinking water along the way is a must. However, there are no risks in terms of dangling off wires, unprotected ridges, etc. Use a good travel agent who can set up yaks or porters for carrying heavy loads.

If you wish to trek to EBC solo, you have nothing to worry about. Every year people from all over the world trek to EBC while enjoying the stay and food options on the trail thus making this trek easier than imagined

Another common misconception about trekking to the EBC is that it involves total isolation – no outside contact for weeks! Nonsense! Major Telecom Companies in Nepal have recognized a growing market and are making the most of the demand for internet connections even in such high altitudes. The connectivity is enough to make calls and keep in touch with the outside world. Also, hotels and restaurants may charge visitors for charging their phones and cameras. The rates vary from $3-6/hour depending on the altitude they are in. 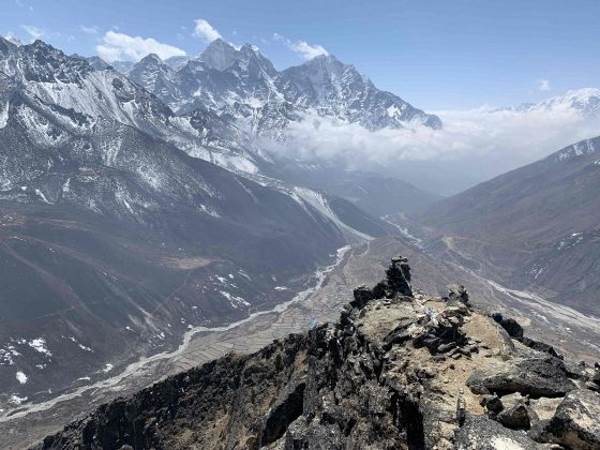 Almost 100,000 people make this glorious trip to the EBC every year. The pre and post-monsoon months of March-May and October-November are the two main seasons for this trek. For trekkers visiting in the months of March, they can expect the climate to get warmer and kinder. During November, the conditions get progressively harsher. However, you can expect a lot of company on the way regardless of the month!

A lot of people tend to get discouraged by the sheer heights they are expected to trek. The common misconception is that one needs to have the fitness of a marathon runner in order to reach the EBC. The truth is, if a trekker has the right attitude and can manage about 6 hours of walking in a day, that’s all that it takes! The biggest concern for a trekker in the Everest region should be getting used to the high altitude. In fact, the acclimatisation process is better when the trekker goes slowly. Exercising as a preparation to start the trip is a good idea. If you are physically fit then one can successfully complete this trek and also prevent AMS since you can acclimatize better.

The fact that the Everest Base camp falls under the UNESCO world heritage site – the famous Sagarmatha national park, makes this trip all the more attractive for visitors. The Sagarmatha national park is almost like a hidden gem because it is not advertised as well as other nature parks around the world. However, don’t let this distract you from the fact that the park is home to over 118 species of rare birds (including endangered species such as the Himalayan Monal, the Blood Pheasant and the yellow billed chough). There are several rare mammal species found in Sagarmatha as well. Trekkers can expect to spot Red Pandas, Snow leopards, Himalayan black Deer, Martens, Himalayan Wolves and a lot more!

The EBC trek takes about 10-14 days depending on your fitness level. However, if you wish to take the trail less travelled then you can include the spectacular Gokyo Ri to your EBC route. Deviating from the conventional EBC route, the Gokyo Ri route takes you to the mesmerizing Gokyo Ri top and the five Gokyo lakes leading to the trail to EBC via the mighty Cho La Pass in about 14-16 days.

The official currency of Nepal is Nepalese Rupee (NPR). For Indian Nationals getting the Indian Rupee (INR) converted to NPR is not at all a problem. The main city of Kathmandu has plenty of options from banks to currency exchange stores which will help you get your currency exchanged. Popular villages en route to EBC also provide the same service however it is best to get the currency exchanged and carry enough cash from Kathmandu itself.

Everest’s intimidating summit ascends so high that the trek up to its base camp is considered to be one of the most exhilarating adventures by everyone who makes the trip. 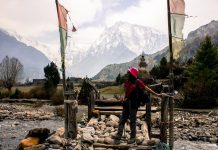 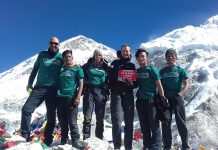 Ultimate Guide for Trekking in Nepal 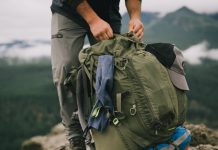 Top 6 Challenges You Face While Trekking for the First Time