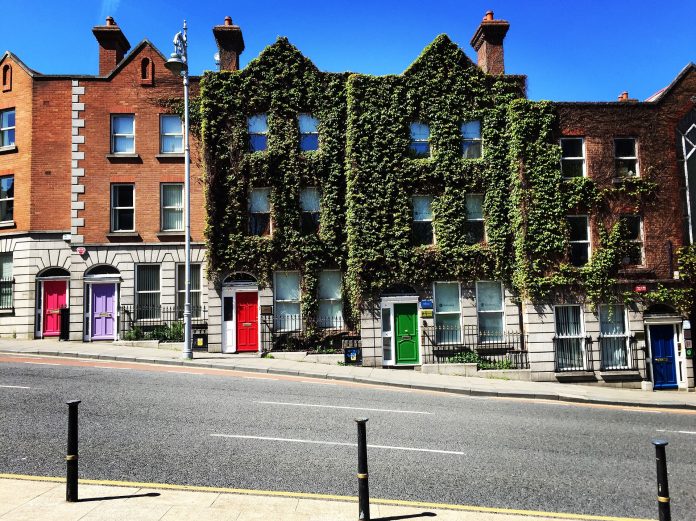 Getting ready for an Irish vacation? We’ve done the homework and compiled all the info you need to ensure a safe and speedy arrival.

Note: South African Passport holders do not require a visa to visit Dublin, or anywhere else in the Republic of Ireland, for up to 90 days.

The following are listed according to typical flight duration, starting with the quickest.

The verdict? British Airways will get you to Dublin faster than any other airline. With one stopover in London, the average flight time is 13 hours and 45 minutes.

The following are listed according to typical flight duration, starting with the quickest.

The verdict? KLM will get you to Dublin faster than any other airline. With one stopover in Amsterdam the average flight time is 14 hours and 45 minutes. 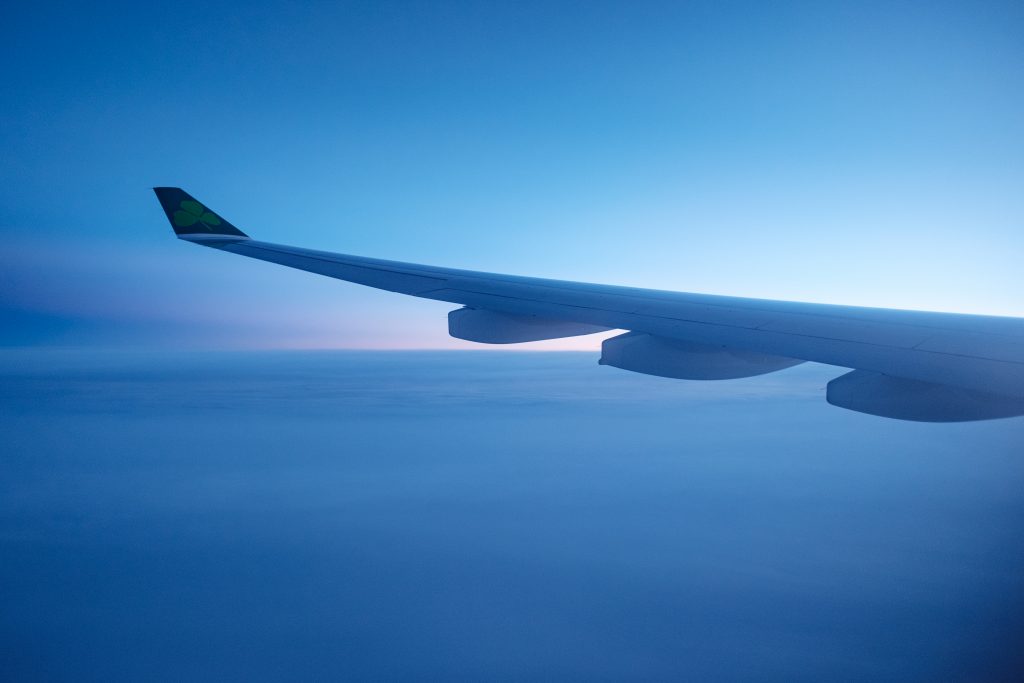 Dublin International Airport is located 6 miles (12 kilometres) north of Dublin city centre. Getting from the airport to the city is simple.

An express bus will reach the city centre in around half an hour.

Price: The price of a ticket will vary depending on where you are staying. Generally, you should be paying less than €10 from the airport to Dublin city centre.

Local buses are a cheap and cheerful option, but they are not appropriate for travellers with a lot of luggage. In fact, you could be turned away if you come with too much baggage.

Price: Dependent on your final destination. Get to the city centre for €3.30 (according to 2016 prices). Dublin Bus 16 is a popular route that departs every half hour from the airport.

Tip: have the correct change ready. Some buses will not accept notes. Check the timetable for a bus that’s right for you at www.dublinbus.ie.

Metered taxis are a popular option for couples and groups (€1 is charged for each additional passenger). Expect to pay between €16-28 to reach hotels around the city centre.

A private transfer is the crème de la crème of airport transfers. Avoid taxi queues and crowded buses filled with fatigued travellers by pre-booking your transfer. Often the price is comparable (or cheaper) to the price of a taxi, but without any uncertainty. We like the eco friendly option, Green Path Transfers, and their website has some great information on travelling from Dublin Airport.

If you’re a ‘driver’s seat’ kind of traveller who loves to take the proverbial bull by the horns, then a rental car is right for you.

All the major players service the airport, including Europcar, Hertz, Avis, Budget and Irish Car Rentals. 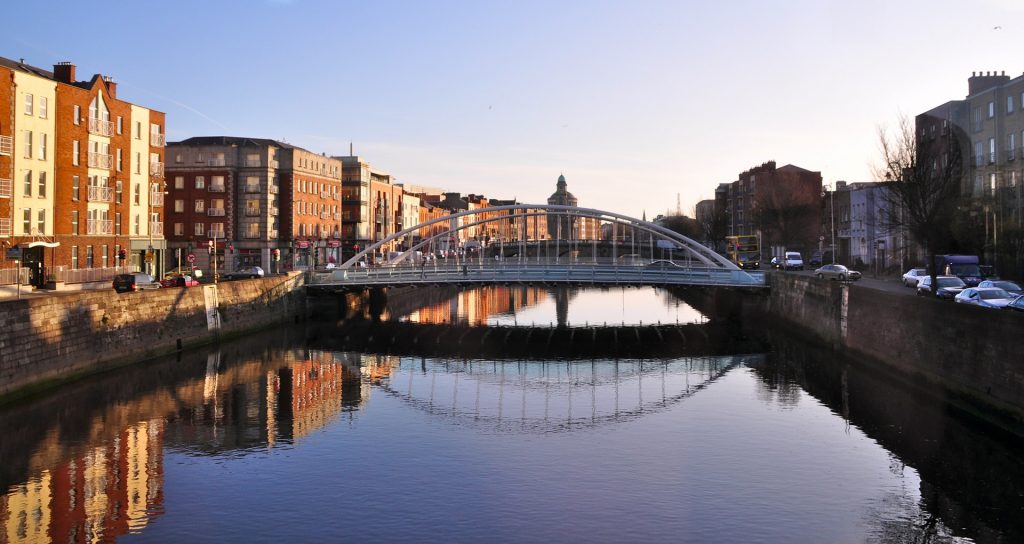 Once you’ve settled in and caffeinated (or napped) your jet lag away, it’s time to pound the pavement and see what Dublin city has to offer. Here are some of our favourite things to do in Ireland’s capital.

Have a tipple at Temple Bar for an unforgettable Irish experience. As the most famous bar in a city flooded with watering holes, a younger crowd of both locals and tourists can be found streaming through Temple’s iconic red façade.

Find Religion at The Church

If you get tired of Temple, The Church beckons. Established within the old St Mary’s church, the bar (and downstairs nightclub) exudes an island atmosphere in the middle of Dublin.

Guinness Storehouse – The Largest Pint in The World!

Guinness enthusiasts are in for a treat when they step inside the Storehouse. Designed to resemble a giant pint, Gravity Bar on the seventh floor is the perfect place to drink a stout and stare at the panoramic skyline views.

Paying to get into jail isn’t something any normal person would ever consider. But that’s exactly what happens at Kilmainham Gaol, where visitors pay a fee of €4 to tour the abandoned prison.

St Patrick’s is the biggest and most famous cathedral in Ireland. The majestic structure is over 800-years-old and holds the remains of Gulliver’s Travels author Jonathan Swift.

Spotting the Spire of London is like finding a giant needle in a tiny haystack. The statuesque stainless steel structure stands 120-metres tall and measures 3-meters at its base and a tiny 15-cm at its tip.

A trip to Dublin isn’t complete without a tour of the Irish Whisky Museum. Travel back in time to discover the genesis of Irish whiskey while sampling some of the finest new blends the country has to offer.

Nothing lines the stomach for a full night of pub hopping like a spongy loaf of soda bread. The satisfying mixture of bi-carb soda, buttermilk and flour is best enjoyed sliced and slathered in butter. Combine with a hearty Irish stew and a pint of Guinness.

The Brazen Head Pub on Bridge St and Gallagher’s Boxty House inside Temple Bar serve up two of the best stews in town.

Boxty is a traditional Irish ‘poor-house bread’. Grated raw potato is blended with mashed potato then coated in salt and flour before frying. 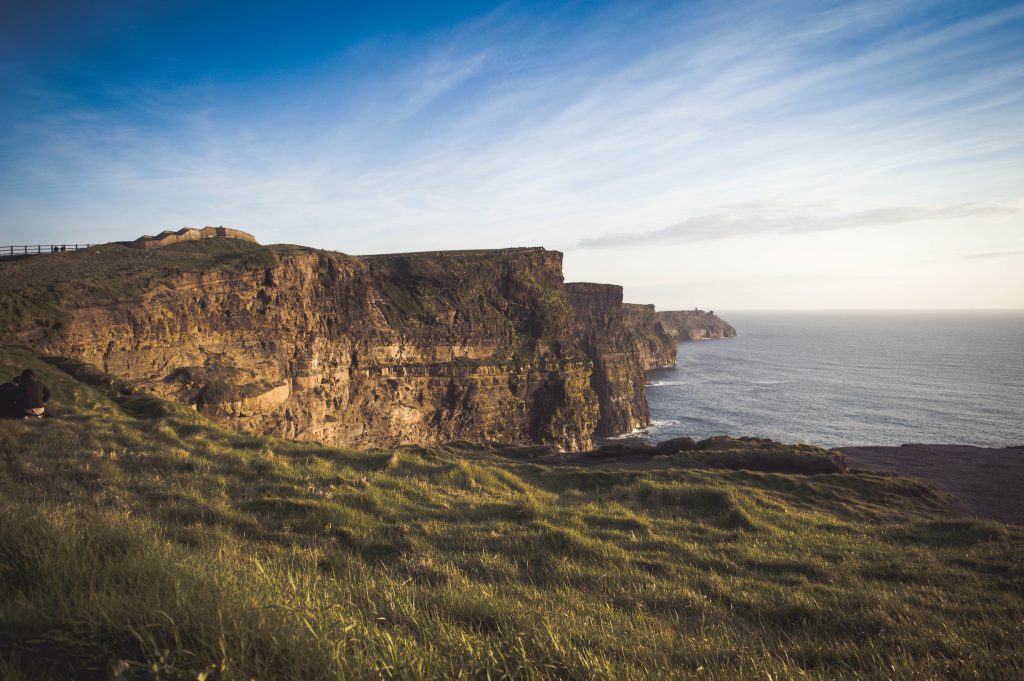 Seeing The Rest of Ireland

Dublin is the ideal starting point for an extended Irish sojourn. Your itinerary will reflect the duration of your stay and how much internal travelling you’re prepared to do. It will also be influenced by your mode of transport. In a nutshell, taxis are the most expensive option, rental cars are the best and public transport is the cheapest.

Remember: Public transport is an affordable way to see Ireland, but it can be tiresome and stressful for families navigating the country with small children.

Hopefully this inspires your in-the-making or soon-to-be Irish holiday. Enjoy and safe travels!

Latest update on the Cyclone Eloise weather conditions in KNP

KLM flights from South Africa to Amsterdam Cancelled from 23 January...

January 22, 2021
We use cookies to ensure that we give you the best experience on our website. If you continue to use this site we will assume that you are happy with it.OkRead more