Caribbean cruise weather has fewer risks for vacationers planning a trip at sea rather than spending a week on an island for a simple reason — the ship can move away from bad weather while an island can’t.

Someone may one day invent detachable islands, but in the meantime vacationers should consider two major factors related to weather in planning a cruise. First is the annual Caribbean hurricane season and second is the temperature drop during the winter — especially for the sea water.

The hurricane season runs from June 1 until November 30, but the region has on average few storms in June and November. July averages three storms, while August, September and October average four, according to the U.S. National Weather Service.

Storms in August and October have a moderate risk of developing into hurricanes while September has the highest risk of all.

For these reasons, September is the worst month of the year to take a cruise. April and May are excellent times to go because they are outside of the hurricane season, although some Caribbean destinations see more rainfall than normal in May.

Families considering a cruise with children on summer break should take advantage of June in particular because of the lower storm risk, followed by July.

The Caribbean has a reputation for year-round warmth. While it’s mostly true, there are some modest variations in temperature from month to month. Air and water temperatures are noticeably cooler in the northern climates during the winter, which makes a Bahamas cruise less appealing from December through February.

Anyone interested in taking a Caribbean cruise in the winter should consider a southern cruise as a better option for warmer weather than either an eastern or western cruise.

Each of the three major destinations has varying conditions by month. Western cruises in particular are known for heavy rainfall in the interiors of the Central American countries that lie along the Caribbean coast, such as Costa Rica and Belize.

The wet interiors are a major factor in planning day-long excursions to Mayan ruins, cave tubing, zip lining, etc. The same is largely true of the Mexican island of Cozumel.

Despite the heavy fall rains, western cruises tend to be more popular in the fall than eastern in part because the Central American destinations see fewer effects from hurricanes.

No matter which cruise you take, know that the risk of bad weather goes up in the fall and that whether you like to swim or lie on the beach will be sorely tested if you visit the more northern destinations in the winter. 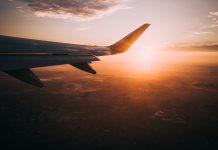 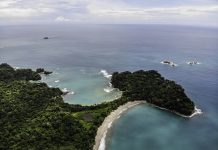 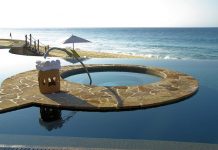 August 5, 2020
We use cookies to ensure that we give you the best experience on our website. If you continue to use this site we will assume that you are happy with it.OkRead more