It’s no secret that Australia is known throughout the world for having a vast population of deadly animals, wild weather and arid landscapes. And to be honest, with all of these reasons staring tourists in the face, it’s understandable if people don’t want to go there. However, Australia still boasts some of the world’s most stunning scenery and wildlife, making it extremely popular, despite its dangerous reputation. So how can you stay safe while visiting Australia?

It’s important to realise that despite Australia’s reputation, you almost definitely aren’t going to be attacked by snakes and spiders the second you land. For the most part, urban and developed areas are unlikely to be very dangerous in terms of nature, so you’ll probably be safe. However, if you decide to head further into the outback or the countryside, you’re more likely to come across something deadly. It’s important to know the basics: don’t put your hands in any unknown holes and make sure to stomp your feet when walking through long grass so that any snakes can hear you coming.

Prepare for the weather
Unfortunately, Australian weather can be unpredictable, especially in cities like Melbourne and Sydney. However, on a grander scale, it’s actually fairly consistent. Travellers should be aware that in summer the weather can be unbearably hot and the further north you go the warmer it will be. Similarly, winter can host some enormous storms, so make sure you’re prepared for the weather that you’re likely to experience. If you’re travelling to more tropical areas (primarily North Queensland or the Northern Territory), make sure you plan ahead. Bring clothes for warmer weather but pack protective gear in case it rains.

The sun is your enemy

There is a hole in the ozone layer above Australia, so the sun there is far more dangerous than anywhere else in the world. What this means is that you’ll need sunscreen and lots of it, especially during the warmer months. Also, wear a hat and long sleeves outdoors and drink plenty of water so that you don’t get dehydrated.

Know when and where to swim

Swimming in the ocean is safe as long as you obey the rules. Lifeguards are usually posted on Australia’s major beaches to ensure that tourists and locals don’t get caught out by the dangerous rips. Because so many people get trapped and pulled under by seemingly calm waters (which can actually be very powerful beneath the surface), it’s important to swim in the areas that the lifeguards have deemed safe, which are usually marked by flags on the beach.

Although a lot of travellers are concerned about sharks and crocodiles, you don’t need to worry too much. The likelihood of a shark attack is minute and you only need to worry about crocs if you’re swimming anywhere up north. Also be wary of jellyfish up north during jellyfish season. During this time it’s not safe to swim in the ocean.

Travel insurance for visitors ensures that if something happens while you’re in Australia, you’ll be able to receive the appropriate reimbursement. Although the crime rate is fairly low, you should be covered if something of yours is stolen. Similarly, in the case of extreme weather that causes flight delays, you may be eligible for compensation. Having travel insurance just gives you that extra security needed for you to fully enjoy your trip.

Australia has an information aggregate called SmartTraveller, which allows you to seek travel information for wherever you’re planning go. On top of this, it provides travel tips, hacks and safety information about various areas of the world, as well as visa and passport information. If you need any more help, try checking here first.

Australia doesn’t have to be the scary holiday destination that everyone thinks it is. As long as you’re careful and prepared, you should have a fantastic time.
Richard Laycock is a Travel Expert at finder.com.au, Australia’s most visited comparison website. 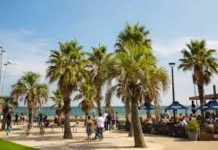 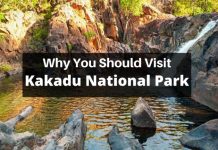 Why Shouldn’t You Miss A Visit To Kakadu National Park? 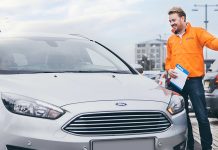 Hot spot for the holidays at Gooderson Knysna Resort!