Ranking seventy-third in the list of most visited cities in the world and being the second most visited city in Australia, we can certainly say that the city of Melbourne has all the ingredients that can amuse a traveller. The city is studded with an array of world-famous attractions and mesmerising architectural edifices like Federation Square, Queen Victoria Market,  Southbank, Melbourne Zoo, Melbourne Aquarium, Crown Casino, Docklands, National Gallery of Victoria, Melbourne Museum, Arts Centre Melbourne, Melbourne Observation Deck, and the Melbourne Cricket Ground. There are also numerous wildlife sightseeing cruises in Melbourne which will let you take in the stunning views of dolphins, seabirds, and much more of the city’s flora and fauna. Opt for  a Melbourne twilight river cruise to enjoy a romantic date set against the scenic skyline.  Also, watch an assortment of seabirds & dolphins onboard a purpose-built boat cruise of Melbourne. Furthermore, the city’s prevalent cafe culture, alfresco dining setup, diverse food culture and spectacular dining & sightseeing cruises of Melbourne made it a popular spot for gastronomic tourism.

The city of Melbourne sports numerous jewels in its crown, the capital city of Victoria being the most precious one. The city comprising a metropolitan area with 31 municipalities lodges about 5 million people. Occupying most of the coastline of Port Phillip Bay, the city spreads over the hinterlands, Mornington Peninsula and Yarra Valley. The Melburnians as its inhabitants are called have an entrenched coffee culture, are mad about sports, a bit insular by nature and are more lefty than the rest of the country.

The city was named after British Prime Minister, William Lamb, 2nd Viscount Melbourne by Governor-General Richard Bourke on 10 April 1837 soon after it was incorporated as a Crown settlement.

Melbourne is home to many of Australia’s well-known landmarks, such as the National Gallery of Victoria, Melbourne Cricket Ground, and World Heritage-listed Royal Exhibition Building. It is also the birthplace of the Australian film and television industries, Australian impressionism, and Australian football rules. Recently, it has been recognised as a  global centre for live music, street art, and theatre, earning it the title of UNESCO City of Literature. Melbourne also hosts major annual international sports events such as the Australian Open, Australian Grand Prix and the Melbourne Cup. Due to its high rating in tourism, sports, and entertainment and because of its tremendous records in the field of health care, education, research and development, the city of Melbourne is consistently ranked as the world’s most liveable city.

With warm to hot summers & mild winters, the temperate oceanic climate of Melbourne is one of the very few things you have to be concerned about. Since the city lies between the hot inland areas and the cool southern ocean, Melbourne is prone to changeable weather conditions. This temperature differential is most evident during the spring and summer months and can also result in the formation of strong cold fronts. These cold fronts can cause varied forms of severe weather from thunderstorms to gales, large temperature drops, and heavy rain. During Winters, however, there are no drastic temperature changes but the atmosphere is mostly damp and cloudy.

Melbourne is also prone to isolated showers which may give rise to hail, squalls, and significant drops in temperature. The funny part is, the rainstorm will change to sunny and relatively calm weather in no time. This is one of the reasons why Melbournians wear layered dresses.

Other than the weather, there is nothing else that stops you from exploring this paradise down under. 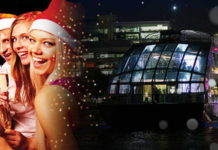 Christmas celebration in Sydney: What to do and Where to eat 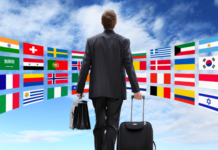 What Makes Australia a Perfect Country for Immigration? Where to have the best Aussie Christmas in Sydney