A recent dive at Aliwal Shoal on the KZN South Coast saw John Miller, of Shark Cage Diving KZN, swimming alongside a humpback whale mother and her calf. Upon approaching the pair, Miller realised that – quite unusually – the mother was actually cradling the calf in her mouth. “It was an amazing experience, I’ve never seen or heard of anything like this before. Once the mother realised I was there, the calf started moving slowly from the mother’s mouth, the mother moved below the calf and gave me a proper stare before they both turned and swam away.”

According to Dr Stephanie Plön of Bayworld Centre for Research and Education in Port Elizabeth, much about whale behaviour is still being discovered, however the bonding between mother and calf is often physical: “What we do know is that, during the initial development phase of the calf, there is little, if any, vocal communication. What we do see is that there is physical bonding – like cuddling – so it’s possible this was a physical display of the bond. It also needs to be recognised that whales have limited use of their limbs, so using the mouth may be a natural way to compensate.”

Aliwal Shoal, which is just 5km offshore of Umkomaas River, is one of two Marine Protected Area’s on the KZN South Coast, alongside Protea Banks, 8km off Shelly Beach. Both of these are world-revered dive sites which have prompted several international documentaries and attracted an influx of global tourists. Alongside migrating humpback whales, Aliwal Shoal and Protea Banks are home to a variety of incredible marine species, including big game fish and numerous shark species.

For those who prefer whale sightings from the land, the KZN South Coast also has a number of whale and dolphin viewing spots – including Umtentweni Conservancy Whale Deck, Ramsgate Whale Deck, and Umdoni Golf Club Whale Deck – which are popular between May and December when the humpback and southern right whales are migrating. 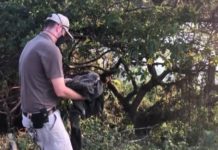 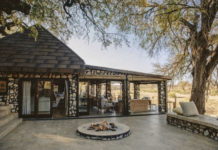 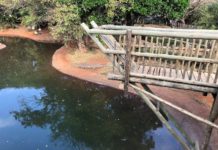 Stonewood Hideaway – They don’t call it a ‘Hideaway’ for nothing

KZN South Coast in the spotlight: 9 reasons why it’s a...

November 24, 2020
We use cookies to ensure that we give you the best experience on our website. If you continue to use this site we will assume that you are happy with it.OkRead more