A coalition of citizens from around the world is reaching out to the South Africa government to reject a permit application to trophy hunt an iconic tusker. Kruger is one of the last bastions of large-tusked bull elephants in Africa. Now private game reserves with open fences to Kruger Park have applied for permission to shoot an iconic “trophy” bull, along with 34 elephants and a range of endangered species, for a total of 5,400 individuals.

An Open Letter sent today calls upon the South African National Park, and provinces of Mpumalanga and Limpopo(LEDET) to withhold final approval of this permit. It counters claims of the Timbavati Game Reserve that “old” bulls are expendable. Based on observations at Amboseli – the longest running elephant dataset – even at age 60 plus a male in his prime plays a critical role in the herd, still actively breeding and mentoring the younger bulls with his great social and ecological experience. Few bulls survive until age 60 and fewer still carry the genes for the massive ground-sweeping tusks.

The letter reminds us the Kruger area nature reserves contain many privately-owned luxury lodges which cater for tourists who pay high rates to experience wild animal sightings. Tourists are largely unaware they share the area with trophy hunters, and that a tusker or indeed any animal they admire one day can be shot the next for someone’s idea of “sport”.

It further states that poaching has escalated in the Kruger. Across Africa elephant numbers are crashing, with populations threatened by poaching, habitat loss and human/wildlife conflict. It Is time to secure a long term future for wild elephants, and to allow a trophy hunt is contrary to common sense.

Among the signers of the Open Letter from “Friends of the Kruger Tuskers” are citizens of South Africa, Kenya, Europe and North America. A petition originating in South Africa today is calling upon the government to to offer protection to all Tuskers. (Link below)

OPEN LETTER: Trophy hunters in Timbavati must not be allowed to target a tusker.

Kruger is one of the last bastions of large-tusked bull elephants in Africa. Now private game reserves with open fences to Kruger Park have applied for permission to shoot 34 elephants, and targeting an iconic “trophy” bull. Both the Kruger National Park and the Association of Private Nature Reserves have approved this permit.

We the undersigned are a coalition of concerned citizens from South Africa and from around the world. We call upon the South African National Parks and provinces Mpumalanga and Limpopo(LEDET) to withhold final approval of this permit.

Bryan Havemann the warden and general manager of the Timbavati Reserve has denied the hunt would apply to a super tusker, saying it asks for an elephant more than 50 years old, that is not iconic (named) or collared, and with an “unlimited” tusk weight. This is in fact the description of a tusker or an emerging tusker, presumably the biggest one who has the misfortune to wander over. He further said the motive for the hunt application was based on the following. “When an elephant gets beyond 50 years of age, they don’t have the ability to chew their food properly any more.” He argued that if it was inevitable the elephant were to die of natural causes, the money from a hunt would be better used to fuel conservation efforts.

He is either uninformed or misrepresenting the facts
.
We know from Amboseli – the world longest elephant dataset – that even at age 60 plus, a male is as successful as a male of age 35, and still coming into musth. Very few male elephants live to the age when they can begin to reproduce. Even in Amboseli, a population that has seen very little poaching, 76% of males die before reaching the age of 40. Of those who survive to reproduce, fewer still carry genes for the super tusks. Further the mature bulls play a critical role in the well-being of a population, mentoring the younger bulls with their great social and ecological experience. They chew very well, the sixth molar only comes into wear at age 45 and lasts a very long time.

The Associated Private Nature Reserves (APNR), consisting of Timbavati, Klaserie, Balule and Umbabat, contain many privately-owned luxury lodges. Tourists pay high rates to experience wild animal sightings and most are unaware they share the area with trophy hunters, and that a tusker or indeed any animal they admire one day can be shot the next for someone’s idea of “sport”. Indeed the hunting quota application by these reserves includes 34 elephants (including a super tusker), 2 white rhinos, 2 lions, 2 leopards (despite a national moratorium on hunting leopards), 1 giraffe , 10 hippos, and other species for a total of 5400 individuals. It also requests the capture of 30 white rhino and eight hippos.

Since September 2015 poaching has escalated in the Kruger. If business as usual continues with poaching syndicates it will soon become a “tsunami”. Across Africa elephant numbers are crashing, and surviving herds are seeking safe refuge. Further, populations are under threat from habitat loss and human wildlife conflict. It is impossible to condemn poachers who kill elephants for tusks and allow trophy hunters to do the same. Hunting a bull elephant any elephant in South Africa or anywhere else for “trophy” should not be permitted under any circumstance. It is time to secure a long-term future for wild elephants and all endangered wildlife, and their natural habitats.

Several prominent conservationists have responded to the proposed hunt and public outrage is growing daily as news spreads. We ask you now to reject the Timbavati application and to review the ethics of a hunting economy that targets already endangered wildlife.

Sincerely,
Friends of the Kruger Tuskers 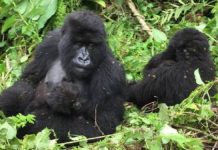 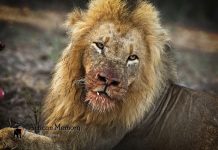