Surfing in South Africa is a symbol of the country, like coffee in Italy or skiing in Switzerland. There are several hundreds of surf spots for every taste: relaxed and ferocious, with warm water and cold as ice, on crowded city beaches and among the rocks, where there is no one but whales and seagulls.

Surf capital of South Africa is largely known for its smooth and mild climate: in winter there is no lower than 18 degrees Celsius, in summer the temperature rises to 30. Surfing is a way of life here: instead of physical education in schools and on weekends, the whole family does it.

There are three main surf points in Jeffreys Bay.

Only local people ride on Bonnard’s – this is an unspoken rule, therefore, as a rule, there are fewer people and ideal soft waves. Down the beach is Point. The waves here are smaller, but you can go much longer. The most popular spot is called Supers. Waves there can rise up to 3.5 m, are considered very fast and often form tubes. The best swell – in the winter months, that is, from May to August. At the same time, whale migration begins in local waters, so the chance to ride in the company of the world’s largest animals is quite high. In addition, near – a national park with waterfalls, mountains and baboons, and in half an hour drive in Port Elizabeth, one of the largest cities of the coast.

A popular surf spot on the city beach, where up to 200 people can gather on good days. You can swim here from the coast or jump straight from the pier, as the locals do. If you are lucky, you will find a stable, long ride and “paradise barrels” – here nothing prevents surfing and the waves break perfectly.

After skiing, you can go to lunch Durban specialty Bunny Chow – Indian curry in a loaf of bread. It is cooked in any cafe, but it’s best to order it in Moyo’s, an African restaurant at the end of the pier overlooking the Indian Ocean.

This surf spot at the cliffs in the Atlantic Ocean, also called Dungeons. He is famous for huge fierce waves of up to 5 m. Only professionals and truly fearless surfers ride here – there are no lifeguards, no protection from big white sharks, and often no people at all. Feelings are worth it: the wild nature, the majestic coast of the edge of Africa and the cold waters of the Atlantic will be remembered for a long time.

It is best to stop in the nearby town of Hout Bay, this is a fishing village with the old Chapmans Peak Hotel. On weekends, half of Cape Town comes to dinner with champagne oysters. On other days, the perfect tuna steak can be eaten at any of the coastal restaurants. In addition to all this, there is an island of fur seals nearby, where you can take a ferry in 15 minutes.

The tiny beach at the foot of the hills is famous for its long, stable waves. After surfing, you can walk to the cave, where the fishermen used to hide from the storm, and dine in the cafe on the beach.

The bay is located in the middle of the Garden Route – a road in the southeastern part of the country, which stretches along the ocean and passes through the most beautiful places in South Africa. In 20 minutes you can reach Nizna. The city is built in a valley between two hills, which, like a gate, open the way to the ocean. Choosing a place with the best view, you need to order oysters – they are beautiful here, so Knysna delivers them to the whole country.

Once it was the main beach resort of the country, and now a suburb of Cape Town is ideal for novice surfers. There are soft, long waves, several surf schools, and equipment rentals.

Muizenberg is an ancient city by local standards: it is over 100 years old. There are antique shops with colonial treasures and an old railway station, where the train from Cape Town still arrives. Next to it is a pub with a terrace that goes almost into the ocean. There you need to order a classic fish and chips with local beer and enjoy a well-deserved rest after an active day.

“I usually start the day by checking the tides, the direction of the waves, and the strength of the wind.” Every surf is a half-day lesson, so you need to approach it thoroughly. Recently acquired a waterproof smartwatch for monitoring health in water.

I have three favorite points. On the beach in the quarter Sea Point is great to ride on the big waves. The launch is located right next to the remains of the ship that sank in the XIX century.

Another great place is Glen Beach. To get there, you need to walk along the Kemps Bay beach to the very end. Here is a stunning view of the city, Signal Hill and the mountain range of the Twelve Apostles. Then you can have breakfast in the nearby cafe Caprice.

And finally, Llandudno. This Cape Town Pearl is a paradise. Crystal blue water, white sand and a landscape that every time is breathtaking. Surfing here is also great, and the only thing missing is warm water. It’s too cold.” 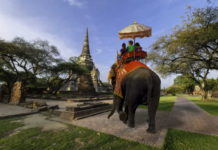 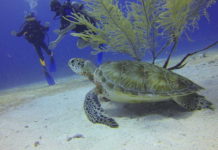 Dispelling the myths surrounding why you shouldn’t scuba dive 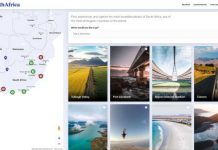