Limpopo’s new Park Inn by Radisson Hotel that is expected to open in Polokwane by the end of the year will create new jobs.

Park Inn Polokwane CEO Mofasi Lekota said the hotel, which would boast over 150 rooms and requires funding of over R150 million would “usher in a new era of business and leisure tourism in the province”.

He said the hotel had received a R45 million business loan from the National Empowerment Fund (NEF) and would meet the needs of the hotel industry in Polokwane.

Furthermore, he said the hotel was expected to create 108 permanent jobs and 400 indirect jobs.

“There has been long standing demand for quality accommodation in Polokwane and we saw a need to fill this gap as far back as 2008 in the build up to the FIFA World Cup in 2010,” said Lekota.

Lekota said this was relevant as figures from Statistics South Africa showed that in 2015, 8,9 million tourists visited South Africa, and the Human Research Council’s research findings indicated that Limpopo had increased the number of tourists in the country from under 8 percent in 2010 to about 10 percent in 2010. This figure increased by 13,1 percent in 2013.

NEF Divisional Executive for Venture Capital and Corporate Finance Hlengiwe Makhathini said: “Tourism is a strategic growth sector and critical foreign revenue-earner for South Africa. Limpopo is an important growth node for the sector as it is a gateway into the country. The launch of a facility of the price, stature and quality of the Park Inn Polokwane is well-timed and is an opportunity that the NEF is excited to be part of.”

What makes this investment important, Makhathini pointed out was that research showed that the average hotel room occupancy rates in the country were expected to rise from 56,5 percent in 2012 to 68,7 percent in 2017 with a projected revenue of R23,5 billion.

Limpopo’s challenge, she said, would be “to increase the length of stay of both local and foreign visitors and get them to spend more.”

The new Park Inn Polokwane hotel, she said, would “contribute towards that goal.”

Leokota said the hotel, which would be managed by the Rezidor Hotel Group was a three star hotel offering guests a four star experience at affordable rates.

Tourists would have access to nearby attractions including the Kruger National Park, Magoebaskloof and other tourist attractions. 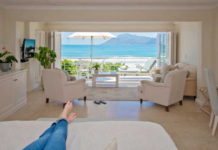 The Last Word Long Beach has been voted as the #2 top hotel in Cape Town by the discerning Condé Nast Traveler Readers’ Choice... 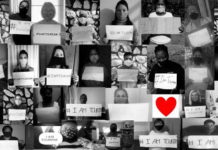 Let Us Take You By The Hand 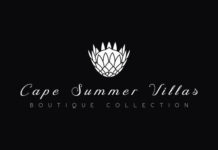 9 Things to Consider When Booking a Fishing Charter