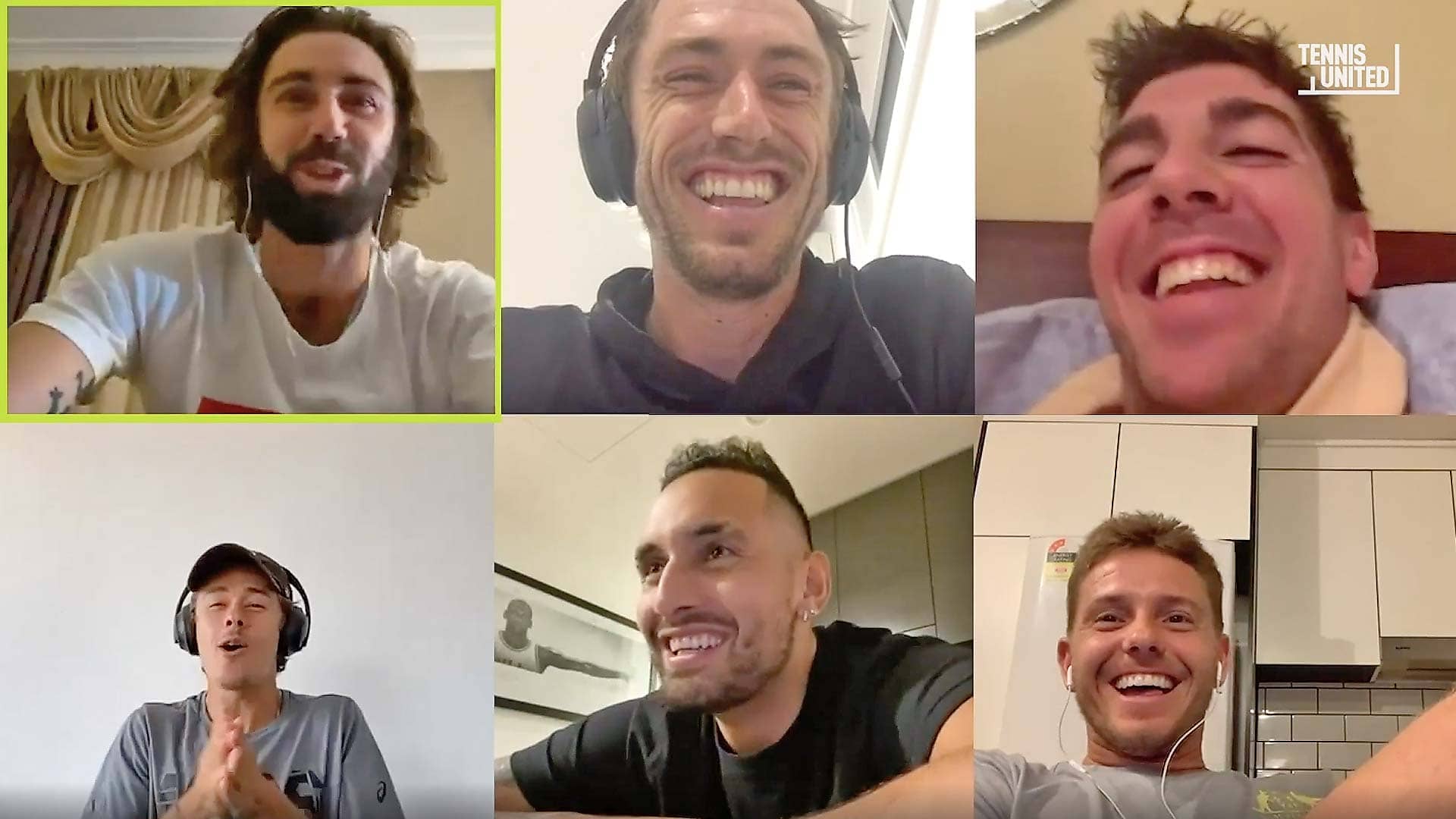 The Aussies enjoy fun banter that you don’t want to miss. You can find out who failed their first driving test!

“The Belgian team is here!” Goffin says. “I followed [Elise’s] Instagram and I saw she is quite fit and working hard [during the pandemic]!”

Goffin and Mertens take on a five-second challenge, in which they have to be fast on their feet to answer questions from Pospisil and Mattek-Sands. Throughout the episode, Canadians drop in to roast Pospisil in celebration of his 30th birthday, which was Tuesday. One of the roasters is former doubles World No. 1 Daniel Nestor.

“Exciting times, man. I guess this is where I’m supposed to say I miss you, which I really don’t,” Nestor says. “All those matches we played you [were] butchering all those volleys on top of the net!”