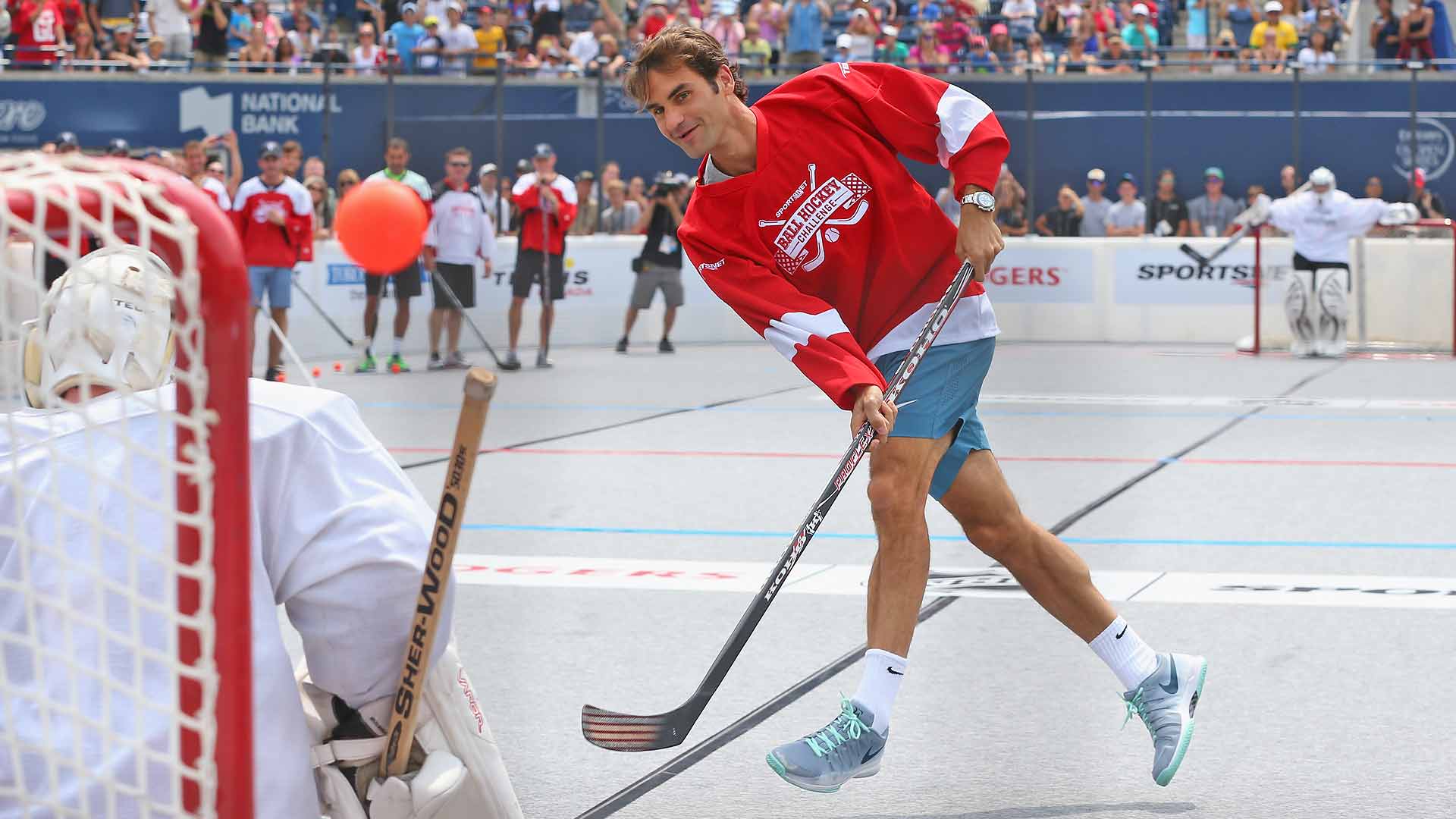 It turns out that even though Roger Federer is best with a tennis racquet, that’s not the only stick he is effective with.

The Swiss joined fellow ATP Tour players and NHL stars for a hockey exhibition in Toronto at the 2014 Rogers Cup. Some of the hockey stars in attendance were Phil Kessel and Jason Spezza. Federer was clutch under pressure, smacking the ball into the net as time expired.

“This is all about fun and it’s great fun doing this kind of stuff,” Federer said. “Getting hockey and tennis together on a centre court, which they built especially for this hockey promo, I think is great. I had a lot of fun meeting all the guys, they’re so relaxed. That I scored doesn’t matter one bit, but it was definitely a lot of fun.”

Federer has collected NHL jerseys since he was a kid, saying he has “a nice collection”. But did he have potential on the ice?

“I can’t skate at all, actually. A little bit, but I can’t stop, so I have to go in circles,” Federer said. “I used to play a little bit of ‘Unihockey’, we call it in Europe. It’s with a plastic stick, [using a] plastic ball with holes inside. It’s much lighter. That’s what I did for warm-ups for tennis back in the day.”

The hockey stars paid their respects to Federer by wearing hats with his ‘RF’ logo, which the Swiss felt honoured by.

“I’ve always been a big hockey fan,” Federer said. “So for them to put on the ‘RF’ hat, of course I appreciate it.” 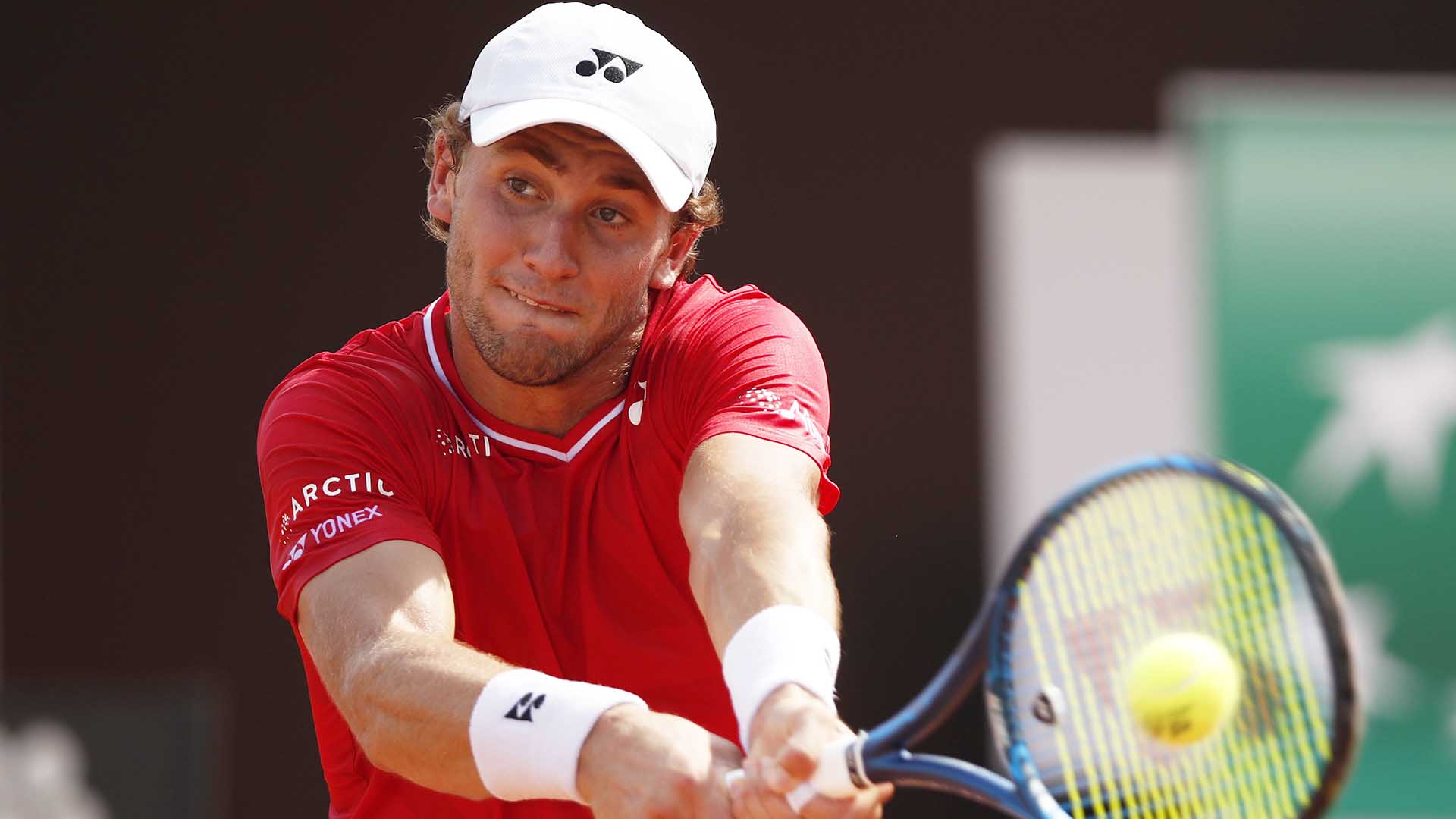