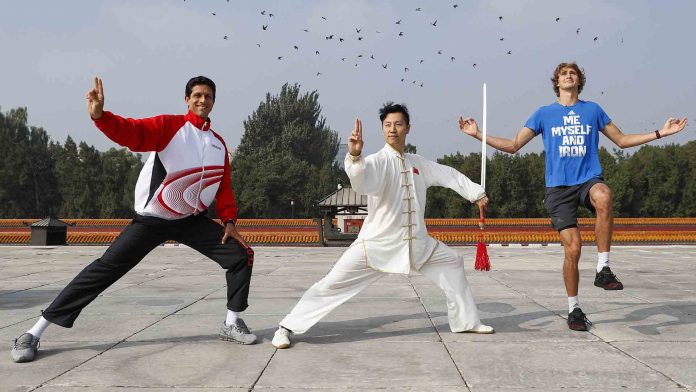 Dominic Thiem and Stefanos Tsitsipas lead a number of Nitto ATP Finals hopefuls at the 2019 China Open. Thiem is looking for his first win in his third appearance at this ATP 500 tournament, while Tsitsipas will be making his Beijing debut. The Austrian and Greek are next in line to qualify for London, respectively at No. 5 and No. 6 in the ATP Race To London.

Roberto Bautista Agut and Matteo Berrettini, who currently hold down the seventh and eighth spots in the Race, join the pair in Beijing, along with Gael Monfils (No. 10), reigning Nitto ATP Finals champion Alexander Zverev (No. 11), Fabio Fognini (No. 13) and Diego Schwartzman (No. 14).

Here’s all you need to know about the Beijing tennis tournament: what is the schedule, where to watch, who has won and more.

Are You In? Subscribe To Get Tournament Updates In Your Inbox

How To Watch
Watch Live On Tennis TV
TV Schedule

Did You Know… The Beijing Olympic Green Tennis Center, built for the 2008 Olympic Games, is the venue for the China Open. The venue boasts a 15,000-seat stadium with a retractable roof, named the Diamond Court due to its likeness.