Home Tennis The Success Isn't New, But Harrison Is 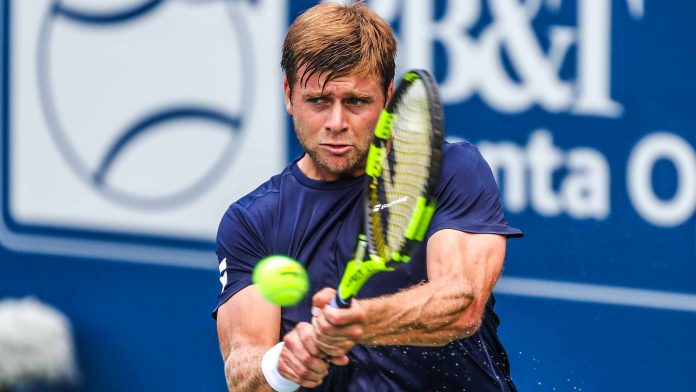 Ryan Harrison once appeared to be the future of American tennis. As a qualifier at the 2010 US Open, an 18-year-old Harrison beat No. 15 seed Ivan Ljubicic in the first round. Despite his ATP Ranking sitting at No. 220 at the time, the big-serving teenager proved he belonged.

So it was no surprise that the right-hander soared as high as World No. 43 within two years. What was a shock was how quickly Harrison fell away. From 18 November 2013 until 12 September 2016, Harrison remained outside the Top 100.

“I would have told [that Ryan] to have fun, enjoy those moments, even when you have tough losses,” Harrison told ATPWorldTour.com earlier this year. “Enjoy moments that you’re able to be a part of and make sure that you measure your own game and your own expectation of yourself with just you and your team. Don’t let the hype and all this stuff that can pile on and feel like a monkey on your back get you.”

Harrison held three match points in the second round of that US Open against then-World No. 36 Sergiy Stakhovsky before bowing out. That same player went six years before advancing to the third round of a Slam for the first time. Harrison did not make an ATP World Tour final until last February, either.

But last season is when everything changed. Harrison, who says he has lost many close matches due to mental lapses rather than physical differences on the court, broke through to claim his maiden tour-level title at the former Memphis Open in 2016. The 26-year-old has reached two more championship matches since, and is one match from reaching his fourth final, at the BB&T Atlanta Open.

It’s only fitting that this week, he has battled from a set down in all three of his matches.

“There are the days when tennis is made for you, when you go out there and everything feels perfect and I hit three or four aces, serve out the match. It’s comfortable. It’s easy. But everyone has those sorts of moments where you miss your spots and you feel a little tentative,” Harrison said. “A year ago, two years ago, three years ago, [winning these matches] was just something that I wasn’t able to do.”

Sure, Harrison is at World No. 53 and has not dropped out of the Top 60 since last February. But the 6’1” right-hander is not focused on any hype or expectations that have come with that success.

“My number one goal that I focus on every day is getting the best out of what I’ve got that day,” Harrison said. “My goal is not performance-based now. And I believe in my game and my ability that if I control that, the tennis is going to take care of itself.”

Harrison is on the rise once again. But this time, as a different player.

“When you get to a point in your career when you have been very successful and then you have a number of setbacks and they last for a period of time and then you’re able to break back through and you change things around, it’s almost like I know what the other option entails,” Harrison said. “I know that it’s not where I want to be. I’ve been down that road. It’s not a successful one… all I can do is learn from my mistakes and I’m fortunate that I’m still only 26 and tennis is going to, Ivo Karlovic is 39, so I’ve still got some wins ahead.

“I’m proud to say I’ve been able to turn my mental effort around from a very easy person to break down mentally to I feel I’m one of the toughest out there now.”