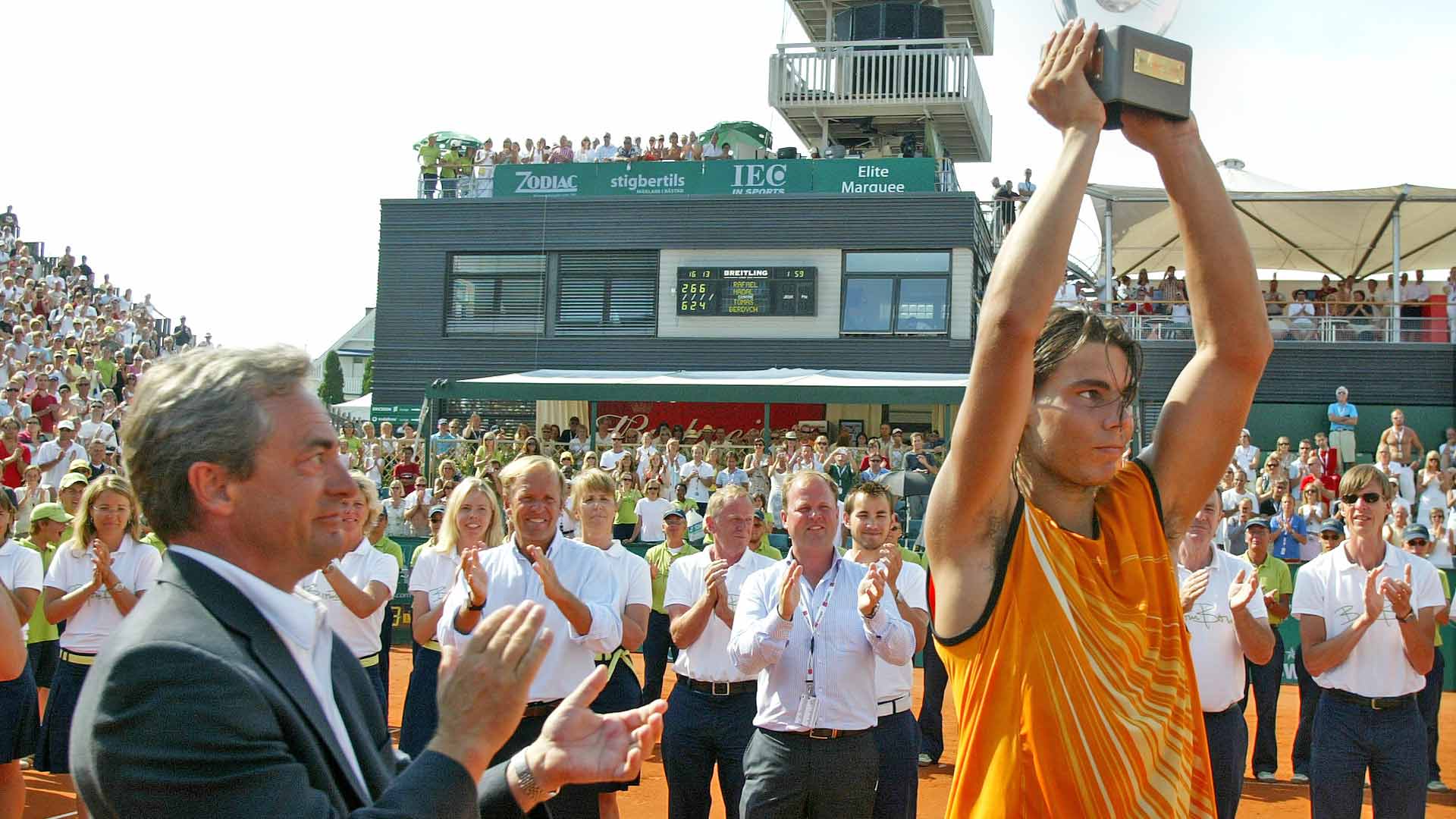 Rafael Nadal won a record 81 consecutive tour-level matches on clay from 2005 to 2007. During that winning streak, the Spaniard made his mark in Båstad.

The lefty began the 2005 season with one ATP Tour title. Not only did he claim a career-high 11 trophies that year, he won his first Grand Slam at Roland Garros and his first four ATP Masters 1000 crowns. But Nadal entered that July’s Nordea Open seeking a turnaround.

After triumphing at Roland Garros, Nadal only won one of three matches during his grass-court season. In his third appearance in Båstad, the 19-year-old wanted to get back on track. He didn’t just get back on track; Nadal gained plenty of momentum, winning the title with the loss of just one set, against Tomas Berdych in the final.

“Berdych was tough and aggressive,” Nadal said. “In the first set he played so good, I couldn’t do much.”

A teenage Nadal showed similar qualities to the legendary champion he has become. The Spaniard dominated his first four matches, each against a clay-court standout. Nadal didn’t lose more than four games in a set, rolling past Juan Monaco, Alberto Martin, Juan Carlos Ferrero and Tommy Robredo.

“I’m very happy to have reached another final and the first here in Båstad,” Nadal said.

Berdych, the big-hitting Czech, was No. 42 in the FedEx ATP Rankings. But he had already proven his abilities against the top players in the sport, stunning World No. 1 Roger Federer at the 2004 Athens Olympics. Berdych came out firing, cracking a forehand winner in his first return game to break World No. 3 Nadal. But like he has since done so many times in his career, Nadal found another gear to triumph 2-6, 6-2, 6-4.

“I played a little bit more aggressively in the second set and I played with deeper shots,” Nadal said. “I got to 4-0 [in the second set] very fast and that was important for the confidence.”

After the match, a reporter asked Nadal if he had his sights set on the top of the FedEx ATP Rankings, to which the Spaniard replied, “I’m not ready for it. I need to improve in my game. I will need to improve my serve and find regularity in it and I have to become more aggressive on my forehand.”

Just more than three years later, Nadal reached World No. 1, a spot he has held for 209 weeks throughout his career.