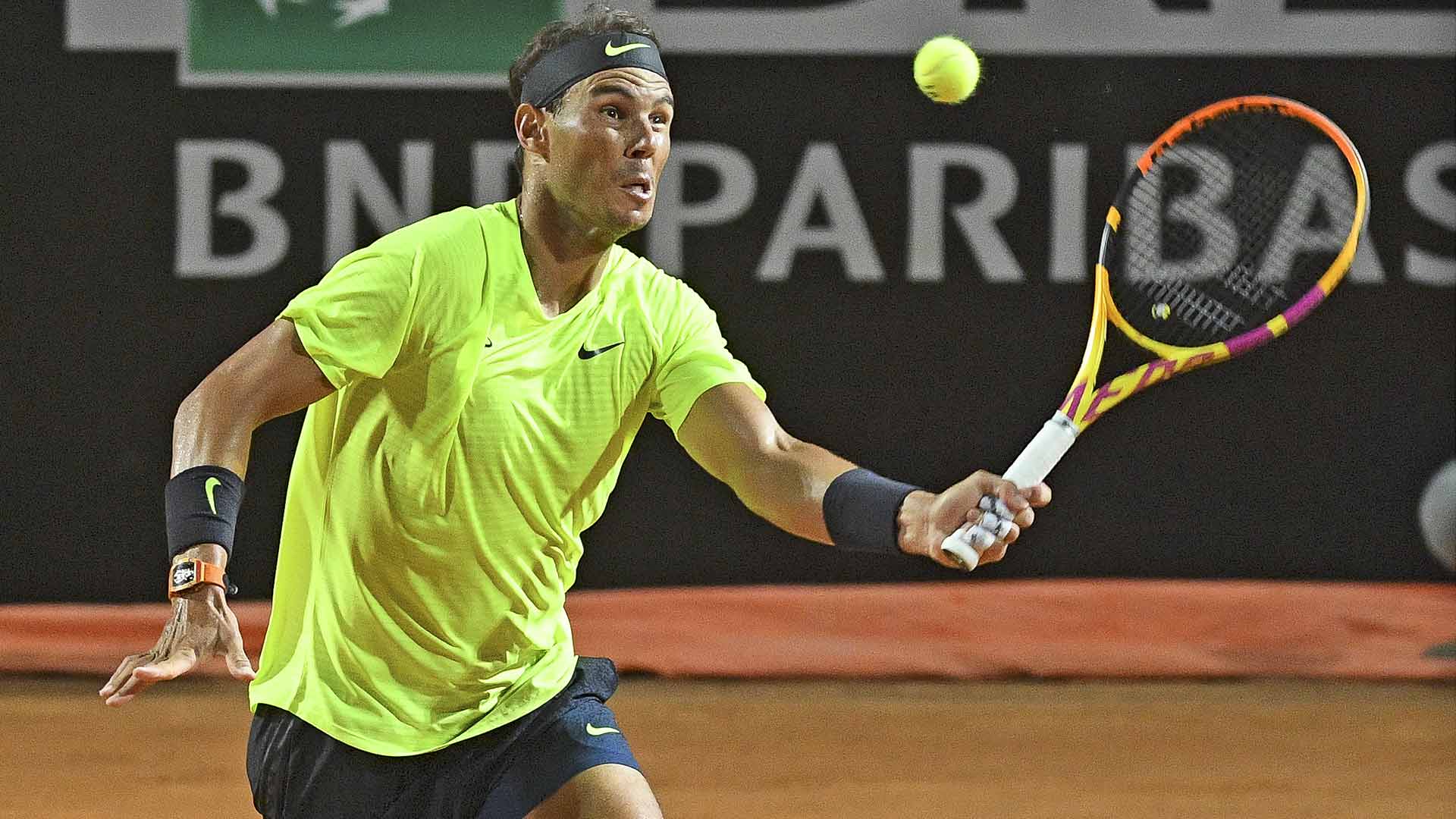 Nine-time champion Rafael Nadal surprised even himself at how well he played in his first match back in more than six months at the Internazionali BNL d’Italia. The No. 2 seed now shifts his focus to securing a quarter-final berth when he meets Serb Dusan Lajovic in the third round on Friday.

Two days after he swept aside compatriot Pablo Carreno Busta for the loss of just two games, Nadal continues his bid for a record 36th ATP Masters 1000 title when he meets Lajovic for the third time.

“It was a perfect start for me. It was solid, good shots on the forehand and backhand. I didn’t expect to play that well,” Nadal said of his first-round win. “I played a very solid match and very serious and doing a lot of things very well. So very happy.”

Nadal brings a 2-0 ATP Head2Head record into the clash, having not conceded a set in the two Grand Slam showdowns. The Serb came into the ATP Masters 1000 event in Rome with a 0-3 record since the ATP Tour resumed.

The World No. 25 has struck form at the Foro Italico. He brought down #NextGenATP player Alejandro Davidovich Fokina before he upset No.13 seed Milos Raonic in three sets in the second round.

An Open Era record-equalling four Italians are through to the Round of 16 in Rome – the first time since 1979 – with all in action on Friday. One is guaranteed of reaching the quarter-finals when No. 4 seed Matteo Berrettini faces wild card Stefano Travaglia.

Shining on home soil at the @intebnlditalia 🇮🇹

4️⃣ Italians advance to R3 in Rome for the first time since 1979!

Three could advance for the first time in the Open Era should 2019 Next Gen ATP Finals champion Jannik Sinner and #NextGenATP qualifier Lorenzo Musetti prevail. Not since 1984 have two Italians reached the quarter-finals and it was 2006 when a pair of teenagers last made it that far when Nadal and Gael Monfils advanced.

Following a first-round win over Argentine Federico Coria, top-ranked Italian Berrettini will meet World No. 84 Travaglia in a first tour-level meeting between the pair. Travaglia won their three Futures matches on clay in Italy in 2015 and 2016 and comes off straight-sets wins over Taylor Fritz and Borna Coric this week.

No Italian teenager has reached the quarter-finals in Rome but Sinner and Musetti could make it two in 2020. World No. 81 Sinner looks to back up his biggest career win over Stefanos Tsitsipas when he meets No. 15 seed Grigor Dimitrov in the pair’s first meeting on Friday.

A qualifier is assured of reaching the Rome quarter-finals for the first time since 2009 when Musetti takes on German Dominik Koepfer. The 18-year-old Italian stunned three-time Grand Slam champion Stan Wawrinka in his Rome debut.

He followed up with a victory over former World No. 4 Kei Nishikori. After Koepfer saved a match point to deny Alex de Minaur, the 26-year-old scored his first Top 10 win when he saw off Gael Monfils on Thursday.

Like Nadal, four-time champion Novak Djokovic is in the hunt for a record 36th Masters 1000 title. On Friday, he meets compatriot Filip Krajinovic for a place in his 14th straight quarter-final in Rome.

Djokovic retired after losing the first set in the pair’s only prior ATP Head2Head meeting in Belgrade a decade ago. The top seed breezed past wild card Salvatore Caruso on Wednesday while World No. 29 Krajinovic backed up his defeat of #NextGenATP No. 16 seed Felix Auger-Aliassime with a win over Italian qualifier Marco Cecchinato.