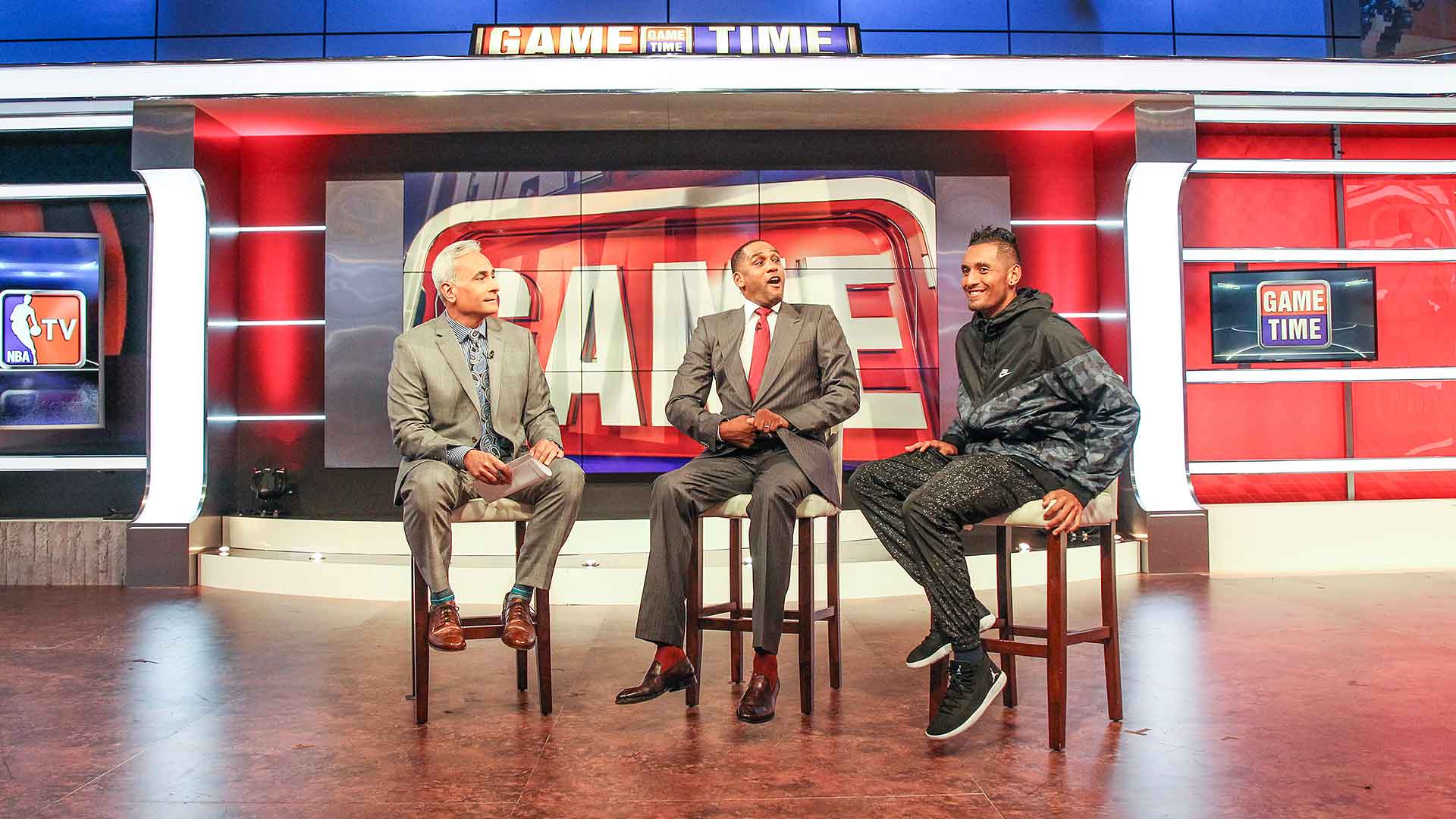 Nick Kyrgios is one of the biggest basketball fans you’ll find. From shooting hoops to wearing basketball jerseys at practice and watching the NBA on television, the Aussie loves the sport.

That made his trip to the 2016 Truist Atlanta Open, where he lifted the trophy, extra fun.

The four young ATP Tour stars wide-eyed past jerseys of former Georgia Tech stars who became successful NBA players, including Chris Bosh and Jarrett Jack. They practised among the NCAA Tournament banners of former Yellow Jacket teams. The four tennis players also played a little hoops themselves, sweating through their shirts after competing for more than 90 minutes.

“It was a lot of fun coming here and just seeing what it was like to get on a court like this,” said Kyrgios. “Hopefully we can continue to play… It was unbelievable.”

Who was the best player on the court?

“Fritz started off pretty cold but he played well,” said Kyrgios, a Boston Celtics fan who wore a “Basketball Never Stops” T-shirt for the occasion.

The hot hand rotated throughout play. During some stretches, Eubanks couldn’t miss. “This guy’s feeling it out there. He’s shooting like Bradley Beal!” said Kyrgios, comparing Eubanks to the Washington Wizards star.

Two days later, Kyrgios visited the NBA TV studio for a segment on the network’s flagship program “GameTime” with hosts Vince Cellini and former NBA player Steve Smith. The trio talked about the Truist Atlanta Open, which Kyrgios called, “a massive tournament for me”.

“This is unbelievable right now. This is the coolest thing I’ve ever seen,” he said.

Kyrgios, who snapped a photo of the Boston Celtics logo, became a fan of that team as a kid because he played an NBA video game and thought the Celtics logo – a leprechaun balancing a basketball – looked cool.

“I’m enjoying my time in Atlanta,” Kyrgios told the NBA TV crew. “There’s obviously plenty of basketball hoops around where I’m getting some shots up.”

In basketball terms, Kyrgios’ result on the tennis court that week was a slam dunk. The Aussie beat home favourite John Isner 7-6(3), 7-6(4) for the title.