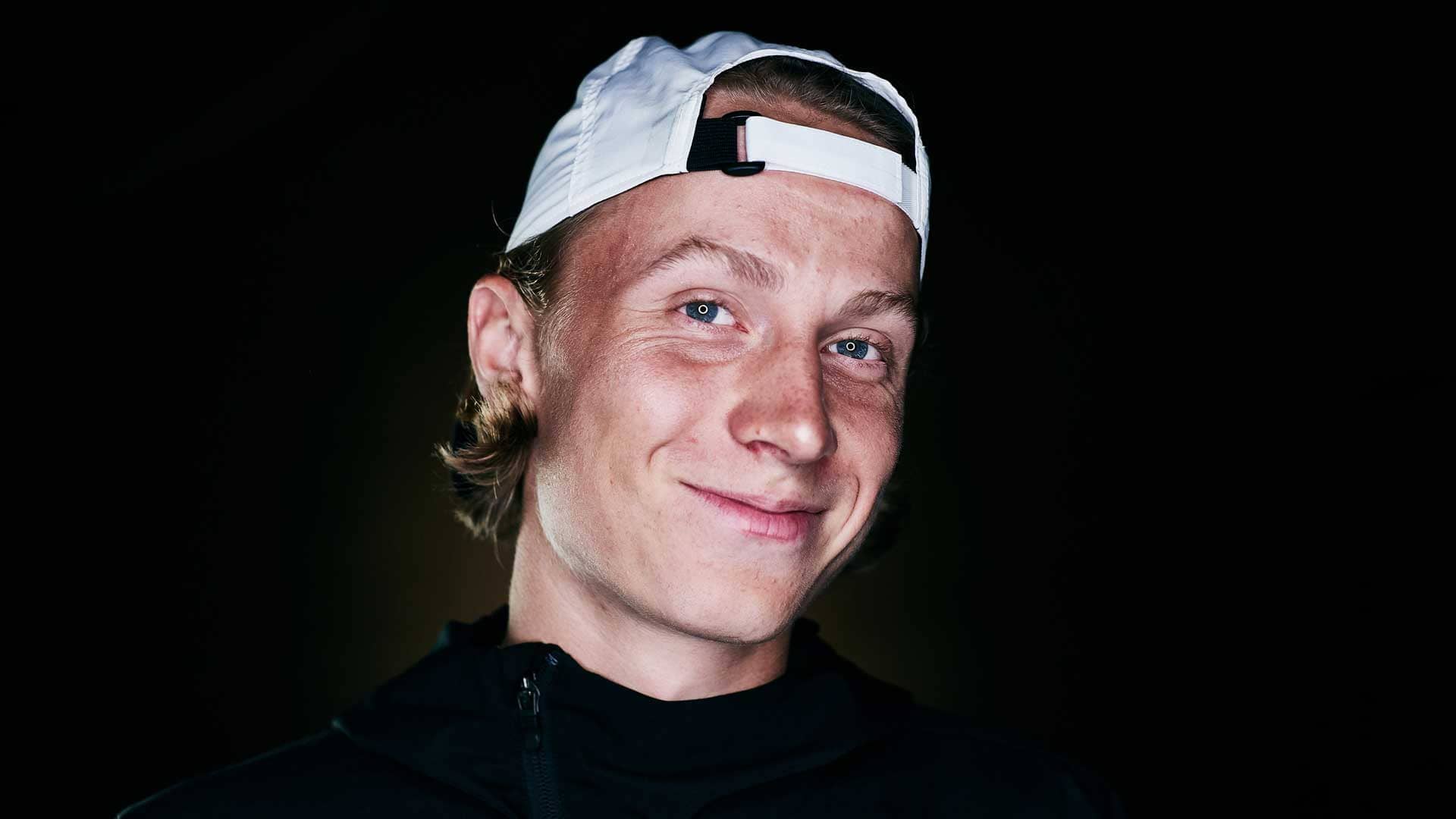 When Finland’s Emil Ruusuvuori was five, he remembers playing badminton with his mother at a local sports hall. One day, Mika Muilu, who was watching his daughter’s gymnastics practice, walked up to them.

“He said, ‘You look like you have some hand-eye coordination, so do you want to come play some tennis?’” Ruusuvuori recalled. “That’s how it started. It was one big coincidence that I got into this sport.”

Sixteen years later, Ruusuvuori is one of the ATP Tour’s hottest prospects. The 21-year-old has no doubt about what he wants to achieve on the tennis court.

Ruusuvuori is yet to crack the Top 100 of the FedEx ATP Rankings — he is currently at a career-high No. 101 — but the Finn is clearly on the rise. Last June, he was World No. 410, but four ATP Challenger Tour titles ignited his ascent. The first Finnish Challenger champion since Jarkko Nieminen in 2013, he was tied for most trophies at that level last year.

“It all went pretty fast in the end. It wasn’t the easiest year from the start,” said Ruusuvuori, who struggled with some health issues at the end of 2018 and the beginning of 2019. “I learned all the things you have to do at that level… I started winning some matches and then I got the first tournament win and then another one. In the end, it rolled quite well. It was a lot of work to get there, but it was a great, great year overall.”

When Ruusuvuori was young, he watched Roger Federer and Rafael Nadal on television. The Finn was six when Nadal won his first Roland Garros trophy.

Ruusuvuori chose to spend time during his 2019 off-season at the Rafa Nadal Academy by Movistar. The #NextGenATP star says there aren’t many players to train with in Finland, so if they are not available, practice plans get complicated. It didn’t hurt that he got to train once with Nadal in Mallorca.

“It’s something really different, the way he hits the ball and how he keeps the practice so intense. It’s something I’d never experienced and it’s one of the best memories I have on the tennis court,” Ruusuvuori said. “From the first ball [it’s amazing] how hard he hits and just throughout the practice how intense he is. In every practice he’s like that, so it’s amazing how he keeps his focus so high. Every single time he gets something out of practice. There were many things you can see and learn from that, even if it was one practice.”

The four-time ATP Challenger Tour champion reached another final at that level to begin 2020, defeating reigning Next Gen ATP Finals titlist Jannik Sinner in straight sets in the Bendigo second round. He then won his first ATP Tour match in Montpellier, gathering momentum before the Tour was suspended due to COVID-19.

“It was for sure tough. There were so many big tournaments coming up I had never played, like Indian Wells. We got there, practised, and then the tournament wasn’t played. It wasn’t easy,” Ruusuvuori said. “There were a lot of good opportunities coming up, and I thought I was playing well.”

Ruusuvuori understood the situation was out of his control. The Finn stayed as busy as possible during the pandemic, working on fitness when it wasn’t safe to play tennis. His coach, Federico Ricci — who co-founded the Jarkko Nieminen Tennis Academy — also got him studying.

“Since we had a lot of time, he gave me classic matches to watch from Agassi, Sampras, guys like that,” Ruusuvuori said. “We tried to look at things they did, what the best guys do to try to get a couple points that you could try to get into your game.”

Ruusuvuori watched the 2001 US Open quarter-final between Andre Agassi and Pete Sampras, in which there were no service breaks in four tie-break sets. He also watched Marat Safin’s five-set victory against Roger Federer in the 2005 Australian Open semi-finals.

“Those were some pretty good matches to watch,” Ruusuvuori said. “I’ve also watched classic matches in the past, but seeing what they did and how things were then [helps]. Agassi still played against many of the players who are still on Tour, so there are a lot of similar things. It was nice.”

Ruusuvuori builds his game around his serve and forehand, and he believes he doesn’t have any glaring weaknesses. He’ll hope to show the world that when tennis returns. The Finn is most excited for the US Open, where he is scheduled to make his Grand Slam main draw debut.