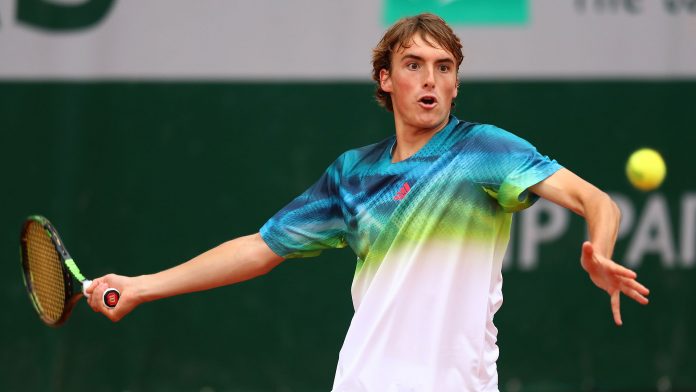 A slew of #NextGenATP players are one match away from making their main draw debut at Roland Garros after winning second-round qualifying matches on Wednesday, including Stefanos Tsitsipas, Alexander Bublik, Reilly Opelka and Andrey Rublev.

Eighteen-year-old Tsitsipas enjoyed a comfortable 6-3, 6-3 win over local favourite Gleb Sakharov. The Greek player will next face Oscar Otte of Germany, who survived a match point at 5-6 in the deciding set to defeat 28th seed Laslo Djere of Serbia 7-5, 2-6, 7-6(2).

Rublev, the 18th seed, advanced past Mirza Basic of Bosnia and Herzegovina 6-4, 5-7, 6-2. Standing between the 19-year-old Russian and a place in the main draw is fourth seed Taro Daniel, who breezed through Matija Pecotic of Serbia 6-3, 6-2.

In another tight match on Wednesday, Bublik overcame Canadian Peter Polansky 6-4, 2-6, 7-6(3). The 19 year old from Kazakhstan also made it through qualifying this year at the Australian Open. He’ll now play Stefano Napolitano of Italy, who came through a marathon match against Marton Fucsovics 6-1, 6-7(3), 7-6(4).

The big-serving Opelka saved three match points at 5-6 in the second set en route to defeating Leonardo Mayer 5-7, 7-6(7), 6-3. Next up for the 19-year-old American is Nicolas Jarry of Chile, who defeated Dmitry Popko of Kazakhstan 6-4, 6-3.

Other players to move into the final round of qualifying on Wednesday include top seed Marius Copil of Romania and former Top 15 player Paul-Henri Mathieu. The local favourite is seeded 16th this year.