Home Tennis Newport: Where Past And Present Stars Share The Spotlight 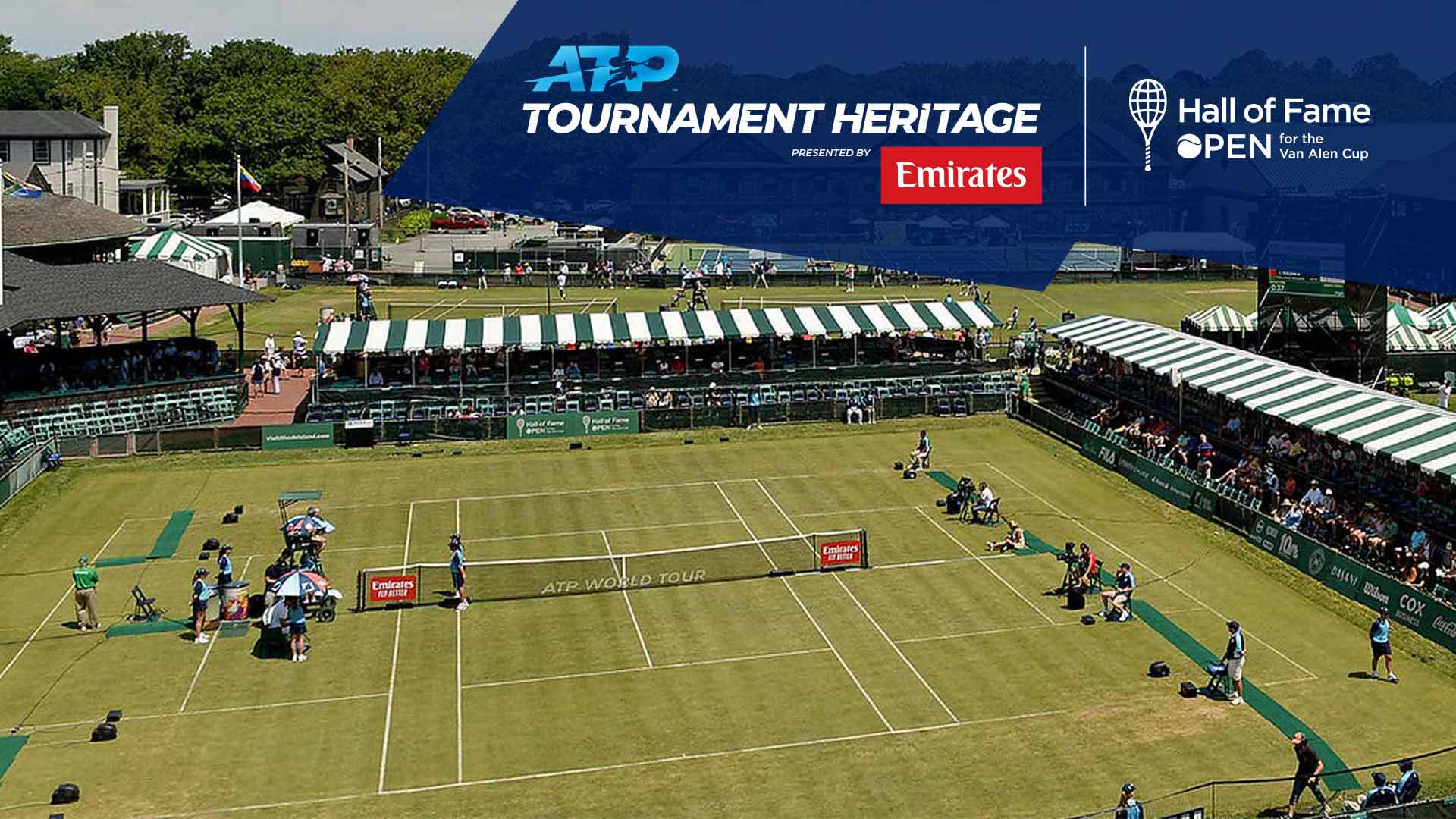 Held the week after Wimbledon, the Hall of Fame Open is the final grass-court event on the ATP Tour calendar.

The ATP 250 tournament would have been held this week if not for the Tour suspension due to the COVID-19 pandemic.

ATPTour.com looks at five things to know about the ATP 250 tournament.

A Unique Event
Held on the legendary grass courts of The International Tennis Hall of Fame and Museum, the Hall of Fame Open is the only tour-level grass-court event in North America. The first U.S. National Lawn Tennis Championship, which evolved into the US Open, was hosted at the site in 1881.

“It’s one of those things where I understand that finally my whole career is completed,” Kafelnikov said. “This was the last sort of pinnacle that every professional athlete wants to accomplish. To be recognised as a Hall of Famer, it’s a huge honour.”

Former World No. 2 and 2001 Wimbledon champion Goran Ivanisevic will become the latest inductee into the International Hall of Fame in 2021, alongside 1994 Wimbledon titlist Conchita Martinez.

American Success
Since 1976, 22 editions of the singles tournament have been won by American players and 23 editions of the doubles event have featured an American winner. John Isner leads the way with a tournament record four singles trophies. Bryan Shelton (1991-’92) and Rajeev Ram (2009, ’15) also own multiple titles in Newport.

In doubles, Australia’s Jordan Kerr owns a record five Newport trophies. Jim Thomas owns the most doubles titles by an American man, having partnered Kerr to the title in 2004, 2005 and 2007. Bob Bryan, Mike Bryan and Rajeev Ram have all captured the Newport doubles trophy twice.

Isner Makes History
After falling in the first round on his first two appearances in Newport, John Isner dropped just one set across his next 10 matches at the ATP 250 to become the fourth man to win back-to-back Newport trophies in 2012. The American added a third title to his collection in 2017 and returned to the event in 2019 with history in his sights.

After recovering from a set down, Karlovic saved three championship points against Gilles Muller to clinch the trophy 6-7(2), 7-6(5), 7-6(12) after two hours and 56 minutes. The 37-year-old became the oldest champion in tournament history, passing 35-year-old Fabrice Santoro’s previous record set in 2008.