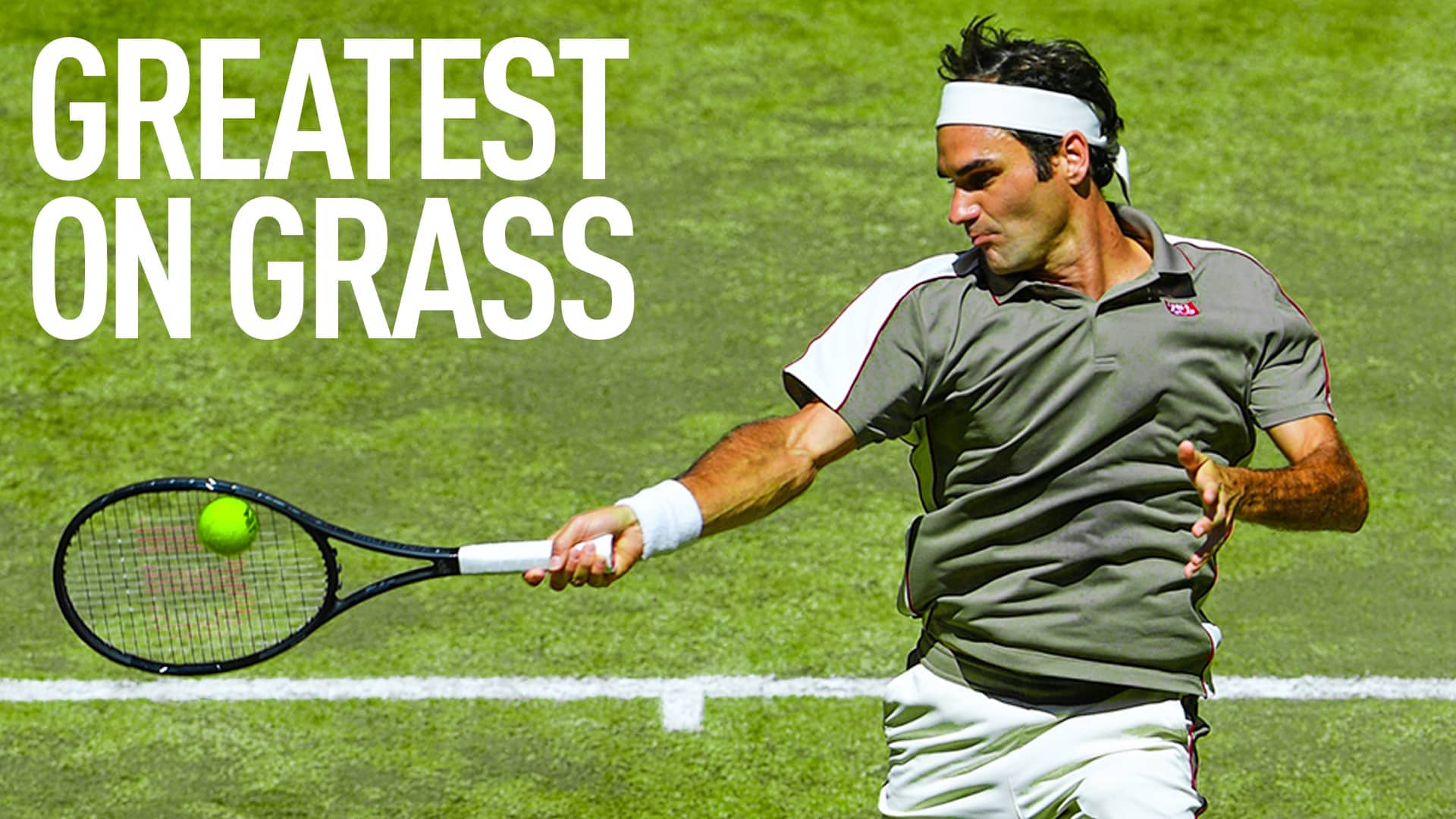 An 18-year-old Roger Federer played his first ATP Tour match on grass at the 1999 Fever-Tree Championships. Byron Black, who never won a title on the surface, defeated him 6-3, 6-0. Little did anyone know that Federer would become the greatest on grass.

The Swiss’ first big breakthrough on the surface came two years later at Wimbledon, where he shocked former World No. 1 Pete Sampras in the fourth round. Sampras had won six of the previous seven editions of The Championships. A player who had not won a match at SW19 entering the tournament dethroned that generation’s grass-court king.

“I lost to a talented player that’s a great shot-maker, similar to the way I was when I was younger, and still today. He’s got a great grass-court game. He’s got all the tools,” Sampras said. “He’s got a good all-around court game. Doesn’t have any holes… His serve, I couldn’t really get a hold of.”

The future looked bright for Federer. The next year, he made an interesting statement: “Grass court is a tough surface.”

In the 18 years since, the Swiss has made competing on grass look anything but difficult.

Federer lifted his first tour-level grass-court trophy in Halle in 2003, and just weeks later he captured his first Grand Slam title at Wimbledon. The 22-year-old didn’t take his maiden major for granted.

“You don’t know if you’re ever going to win anything again after that because you could just be a one-Slam wonder or all of a sudden you have an injury and you can never play again,” Federer said. “Your life as a tennis player is complete if you can win Wimbledon.”

Federer has earned virtually every grass-court record you could think of: 19 tour-level titles on the surface, eight Wimbledon trophies and an 87.4 grass-court winning percentage (compared to 83.5 per cent on hard), for example. Federer won 65 consecutive grass-court matches — 50 of which came in straight sets — from the start of 2003 Halle until his loss against Rafael Nadal in the 2008 Wimbledon final.

“Grass comes so natural to me,” he said after his 2017 Wimbledon semi-final.

The 103-time tour-level titlist is known for his aesthetically pleasing game. Everything flows smoothly, from his reliable serve to his ballet-like footwork and forays into the net. His aggressive game has long matched up well with the surface.

“His anticipation and timing is something that only a few players in the world have,” Rod Laver said.

Even in his latter years, Federer has proven a force on grass. In 2017, the Swiss won his 19th Grand Slam title at Wimbledon. It was his eighth title at SW19, breaking a tie with Sampras for the Open Era record.

“I didn’t think I was going to be this successful after beating Pete here [in 2001]. I hoped to have a chance maybe one day to be in a Wimbledon finals and have a chance to win the tournament,” Federer said. “Winning eight is not something you can ever aim for, in my opinion.”

Federer has won as many titles in Halle (10), as anyone else has won total on grass. Last season, 16 years on from winning the German event for the first time, Federer earned Halle trophy No. 10 at age 37.

“It’s amazing. For some reason I didn’t think I was going to make it anymore,” Federer said. “[It’s the] first time ever I could win a title 10 times in one place, so it’s obviously a very special moment in my career.”