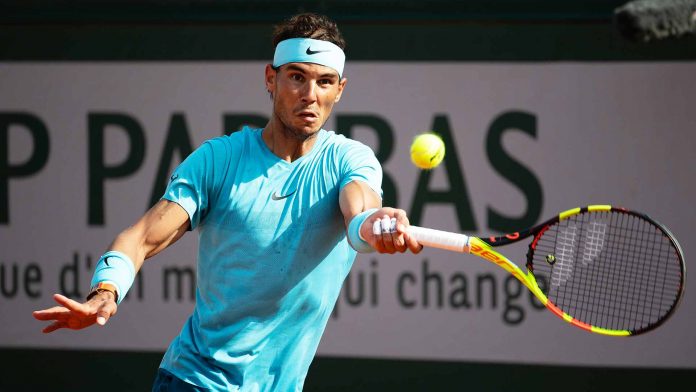 Rafael Nadal and Roland Garros go together like thunder and lightning. Any time the Spaniard competes on the Parisian terre battue, you know something special will happen. The evidence is clear: a record 11 finals (10-0), an 85-2 record and more shouts of ‘Vamos!’ than one can count.

But just because Nadal has won on the red dirt at Roland Garros an unprecedented 97.8 per cent of the time does not mean that the World No. 1 takes his appearance in Sunday’s final for granted.

So even though winning another Roland Garros semi-final is nothing new for Nadal, he is enjoying it just the same. He maintains the same mentality that helped him lift his first Coupe des Mousquetaires as a 19-year-old in 2005.

“The motivation to play here always is high, [as] high as possible,” Nadal said. “But for me, every tournament… there [are] limited chances in your career. So when I had the chances, I just tried to convert. Then [if] you lose, you lose, but I’m going to play with my highest passion and love for the game and for the sport to try to have success.”

Sure, Nadal has been dominant this clay-court season, going 25-1 thus far, with his only loss coming in the Mutua Madrid Open quarter-finals against his opponent in the championship match, Dominic Thiem. But it’s easy to forget that Nadal had to withdraw from Acapulco, Indian Wells and Miami just a few months ago due to a right hip injury.

“I lost a lot of opportunities for injuries, and I know the years are going quickly,” Nadal said with a smile. “There are not 10 more chances to keep playing here. So I’m just enjoying the fact that I am here again.”

Nadal has long been credited for his fight on the court, and his relentless pursuit of every point. The Spaniard ‘takes a point off’ as often as the sun fails to rise in the morning — it simply does not happen. And the reason why is clear.

“I love what I am doing. I love the competition. I love the sport,” Nadal said. “If it’s not that way, it’s sure that I will not be here… It’s a lot of years of playing and doing the same things every year. But the only way to keep doing that and keep going on court every morning with the motivation to improve something [is] because you feel the game. You feel the sport and you appreciate [it].”