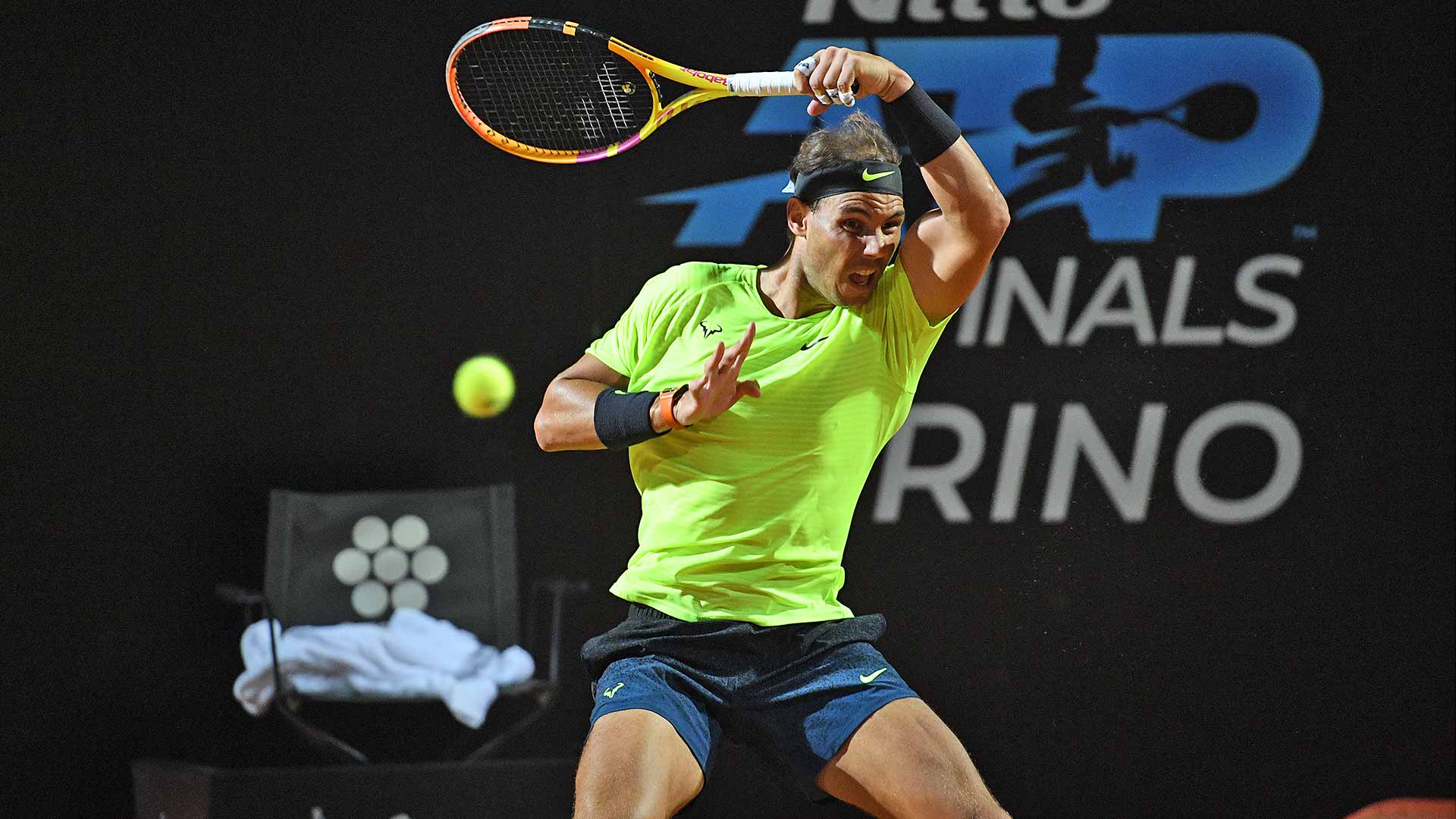 Rafael Nadal made a welcome return to the ATP Tour on Wednesday evening, when he got his quest for a 10th Internazionali BNL d’Italia crown off to a strong start in his first tour-level match for 200 days.

Nadal grew in confidence to extend his unbeaten ATP Head2Head record to six matches against fellow Spaniard Pablo Carreno Busta in a 6-1, 6-1 victory over 73 minutes at the Foro Italico in Rome.

It was Nadal’s first match since 29 February, when he lifted the 85th tour-level trophy of his career at the Abierto Mexicano Telcel presentado por HSBC (d. Fritz) in Acapulco.

“It’s good to be back on the Tour,” said Nadal, in an on-court interview. “I miss the crowds. I played a good match, maybe he was a little bit tired after all his matches in New York. It was a perfect start for me. It was solid, [and I hit] good shots on the forehand and backhand. I didn’t expect to play that well.”

The 33-year-old superstar, who owns a 62-6 record in Rome, is attempting to capture a record 36th ATP Masters 1000 title this year, which would break a tie with World No. 1 and four-time former Rome champion Novak Djokovic. Nadal will next play No. 13 seed Milos Raonic or Dusan Lajovic in the third round.

Nadal saved one break point in the first game, and from 1-1 won 16 of the next 22 points. En route to a 5-1 advantage included Nadal striking a powerful backhand winner for a 3-1 lead. He was then a recipient of a backhand wide from Carreno Busta in the sixth game. Nadal closed out the 36-minute opener with an ace.

There was no let-up for Carreno Busta, the recent US Open semi-finalist (l. to Zverev), who needed to save two break points in the first game of the second set. Nadal raced up the court for a forehand volley winner to break at 1-1, and pressure continued to mount on Carreno Busta, who dropped to 1-4 after a forehand wide. Nadal went on to complete his 14th victory in 17 matches this season with a fifth service break.