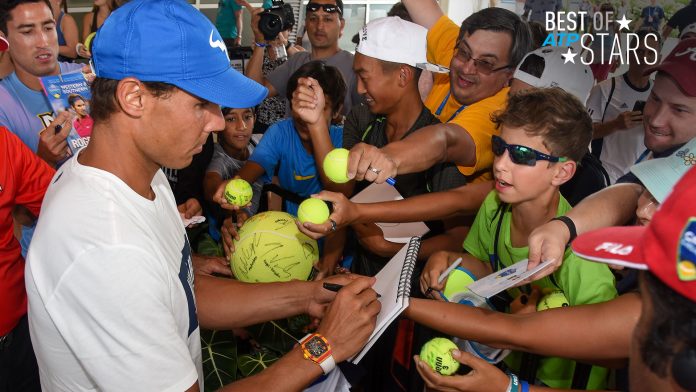 Follow all the latest off-court action on MyATP. Download the app for iPhone, Android and visit MyATP.com

ATP World Tour Uncovered took #NextGenATP Americans Jared Donaldson and Kozlov for a morning of fun at Kings Island. The duo brought along some friends and went on three rides before heading back to site for practice. Both had been a little nervous before the roller coasters, but they loved it.

Sam Querrey gave up two hours of his day off to visit the Cincinnati Children’s Hospital. The American joined WTA player Nicole Gibbs for an appearance at Seacrest Studios. The duo were joined by hospital patients for a fun-filled hour of Dad Jokes, Head’s Up and Nerf Basketball, which was played over the hospital radio and television stations.