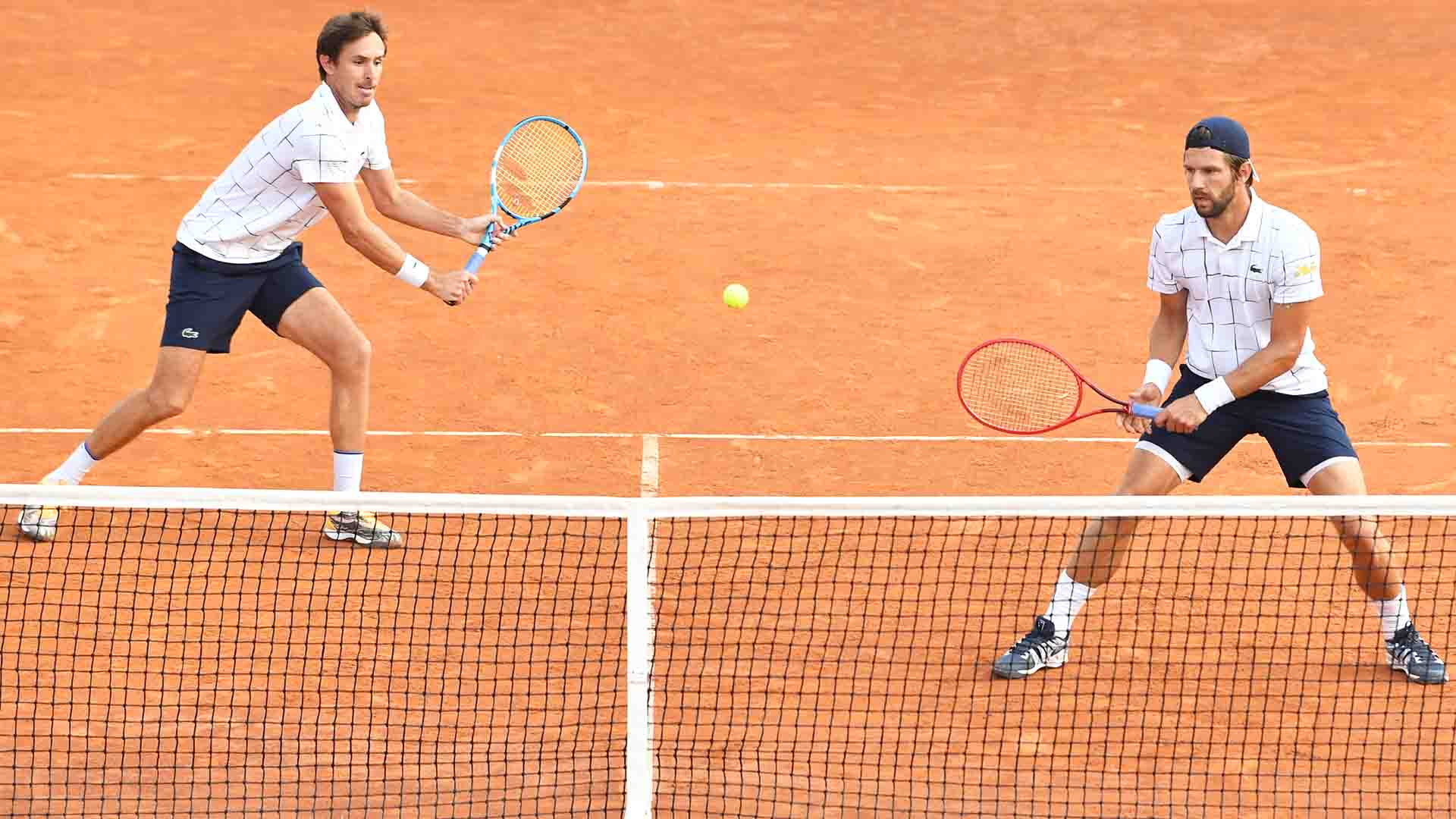 Jurgen Melzer and Edouard Roger-Vasselin needed just 53 minutes to book their place in the Internazionali BNL d’Italia semi-finals on Friday.

The unseeded duo saved each of the three break points it faced to defeat Australian Open finalists Max Purcell and Luke Saville 6-1, 6-1. After saving three match points in their opening match against Aisam-Ul-Haq Qureshi and Stefanos Tsitsipas on Wednesday, Melzer and Roger-Vasselin have dropped only eight games across their past two matches.

The Dubai semi-finalists are attempting to reach their first final as a team. Melzer and Roger-Vasselin will face Jeremy Chardy and Fabrice Martin in the semi-finals. The Frenchmen recovered from a set down to beat Rohan Bopanna and Denis Shapovalov 4-6, 7-5, 10-7.

Marcel Granollers and Horacio Zeballos saved one match point to defeat US Open champions Mate Pavic and Bruno Soares 4-6, 7-6(7), 10-6 in just under two hours. The fourth seeds are chasing their third team title of the year, following back-to-back triumphs on clay at the Argentina Open and Rio Open presented by Claro in February.

Soares and Pavic entered the contest on a seven-match winning streak. They were attempting to capture their second ATP Masters 1000 crown as a team (2019 Rolex Shanghai Masters).