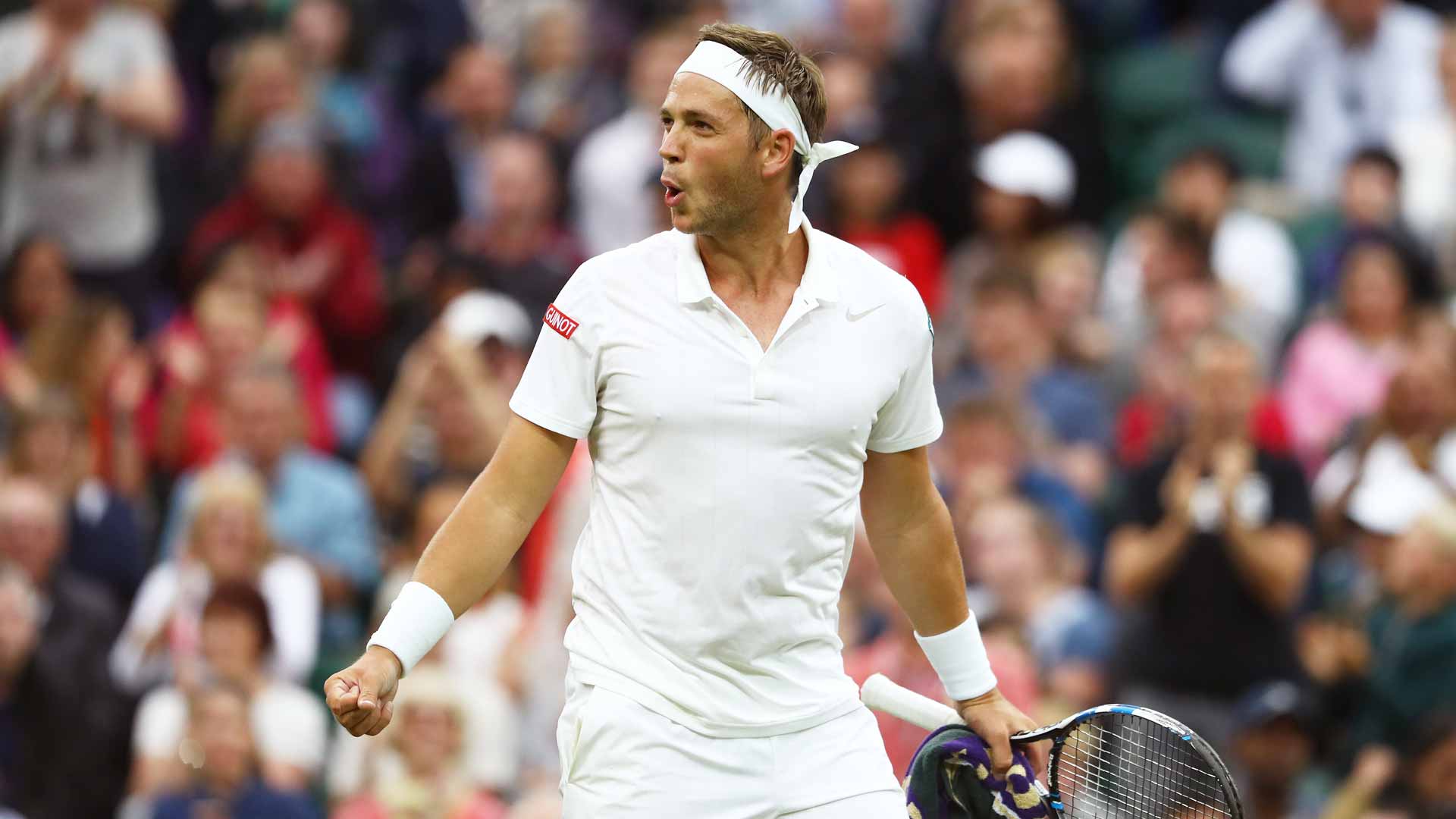 Editor’s Note: But for the COVID-19 pandemic, Wimbledon would now be underway. During the next two weeks, ATPTour.com will look back on memorable matches and happenings at the grass-court Grand Slam.

At the start of June 2016, Marcus Willis was giving tennis lessons at the Warwick Boat Club in Great Britain for £30 an hour. Four weeks later, he found himself facing Roger Federer in a second-round clash on Centre Court at Wimbledon.

”I’ve had to cancel a few lessons,” Willis joked. “Everyone’s been really understanding and just said, ‘Don’t be silly. Get on with it and good luck.’”

The 25-year-old was a former Top 15 player in the ITF junior rankings, but a lack of discipline prevented him from making inroads at the pro level. After Willis brought a candy bar and soda on court during one of his ATP Challenger Tour matches, commentator Mike Cation nicknamed him Cartman, a reference to the rotund character on “South Park”.

When Willis finally found the motivation to maximise his potential, a series of injuries limited him to one tournament in the first five months of 2016 as his FedEx ATP Ranking dropped to No. 772. He continued to train in the morning and taught clinics in the afternoon, but considered ending his playing career to take a coaching job in Philadelphia.

But after a last-minute withdrawal allowed him to sneak into the pre-qualifying draw for Wimbledon, the Brit seized his opportunity and produced the best tennis of his career. He won three matches to earn a wild card into the qualifying draw, then earned another three victories to qualify for his maiden Grand Slam main draw.

Willis took an immediate liking to the attention and local support as his unlikely story generated headlines. In his debut tour-level match, he stunned World No. 54 Ricardas Berankis in straight-sets to set up an improbable clash with Federer, rushing into a courtside pile of eager friends and family.

”I was overweight. I was [drinking] pints. I was just a loser. I looked at myself in the mirror and thought that I’m better than this,” Willis said after the win. “I’ve been behind the scenes working very hard… Ridiculous times in the morning. Ran myself into the ground, but it’s worth it now.”

Even Federer became a fan and called the unlikely run “one of the best stories in a long time in our sport.” Although the Swiss swiftly ended Willis’ Hollywood tale with a convincing straight-sets win, he made sure to make the moment about his opponent. Federer let Willis walk out ahead of him onto Centre Court and kept his post-match celebration brief, giving the Brit a chance to wave to the crowd and soak in their cheers.

”Not my standard Wednesday,” Willis said, smiling. “It was all just a blur. It was amazing. I did enjoy myself even though I was getting duffed up. I loved every bit of it… Just the whole experience was incredible.”

Although he wasn’t able to recapture his Wimbledon magic when he returned to the ATP Challenger Tour, Willis’ moment of magic remains one of the popular storylines in recent history at the All England Club.