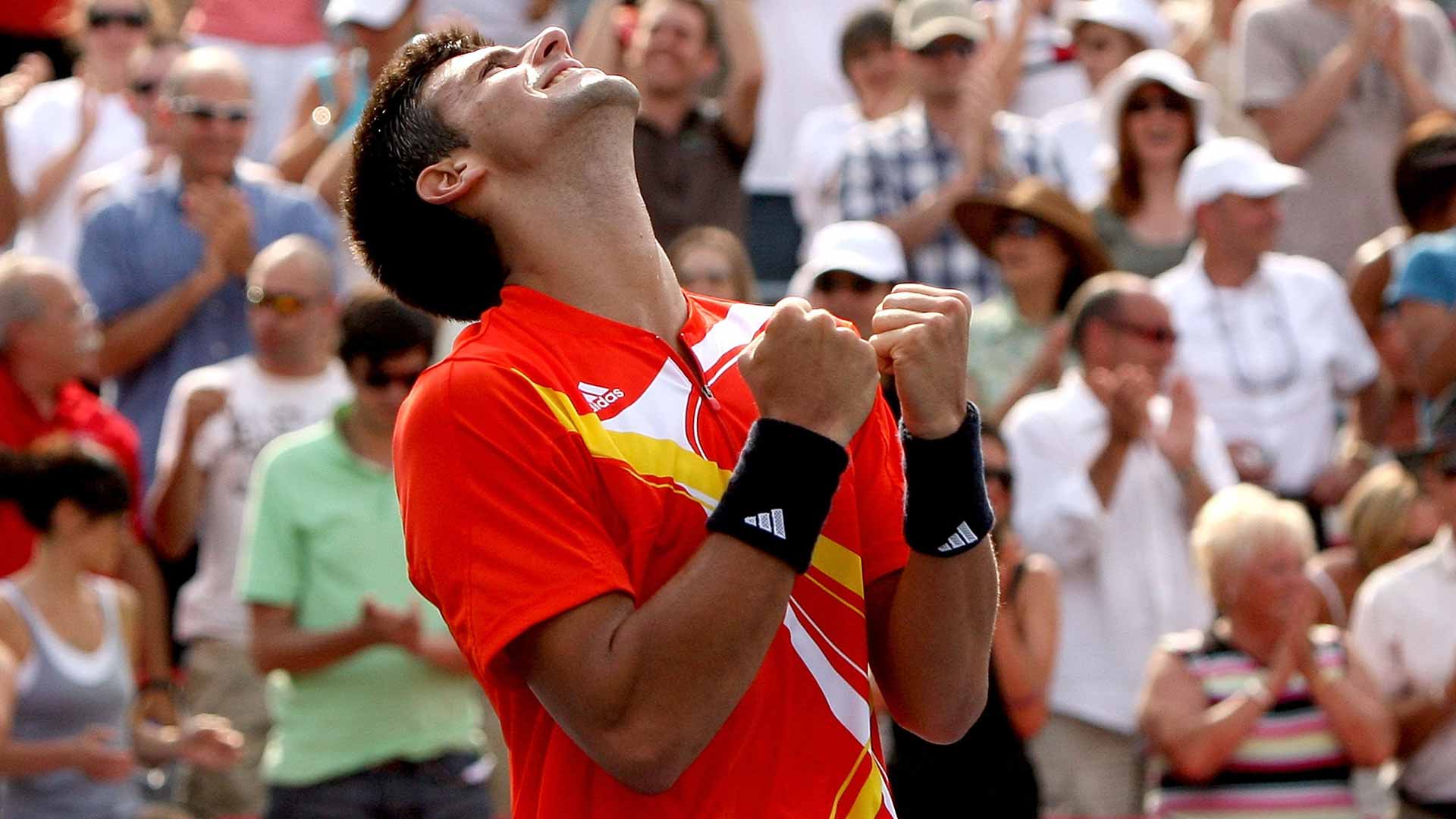 During the third set of the 2007 Coupe Rogers final between Roger Federer and Novak Djokovic, a fan in the Montreal crowd shouted that it was “Roger’s Cup”, urging the Swiss star on.

“Nothing against the sponsor,” Djokovic said. “But obviously I’m going to have to arrange somebody to call [it the] Novak’s Cup for next year.”

“I can’t describe the feeling I have right now. It’s like a dream come true, especially against Federer in the finals, to win those tie-breaks was just incredible,” Djokovic said. “I managed to win these tie-breaks against a player who probably has the best score in tie-breaks, who is the strongest player mentally in the world right now.”

Djokovic was just one week removed from a surprising second-round defeat on Umag’s clay against good friend and World No. 176 Viktor Troicki. But the World No. 4 found his form, beating World No. 3 Andy Roddick and World No. 2 Rafael Nadal in the quarter-finals and semi-finals, respectively, without losing a set.

With his upset of Federer, Djokovic became the first player to beat the world’s top three players in the same tournament since Boris Becker defeated No. 3 Michael Stich, No. 1 Pete Sampras and No. 2 Goran Ivanisevic at the 1994 Stockholm Open.

The 20-year-old saved six set points in the first set against the Swiss, showing no fear despite losing their first four ATP Head2Head meetings. Defending champion Federer battled back to force a decider, though, making the Serbian work hard for the victory.

Djokovic took the fight to the top seed in the third set, breaking in the first game with aggressive play, especially on the forehand side. While Federer used his greater experience to hang in the match and get back on serve, the Serbian was determined to seize his opportunity. Djokovic completed his victory with a volley lob, which Federer couldn’t track down in time, ending the championship match after two hours and 12 minutes.

“To win two tie-breaks against the World No. 1, probably the strongest player mentally on the Tour, it’s another achievement. It’s another success so I’m really, really happy.”

At the time, Federer was already well-established as the No. 1 player in the FedEx ATP Rankings. Djokovic, however, had only won his first ATP Tour title 13 months earlier.

“It’s still a long way to the first place of the world for me,” Djokovic said. “I can’t exactly say that I’m thinking about becoming No. 1 next year, in two years. That’s my lifetime goal, to be the No. 1 player of the world. But I have a lot of time.”

Djokovic has accomplished that goal, spending 282 weeks atop the FedEx ATP Rankings. Only Federer (310) and Pete Sampras (286) have held the top spot longer. The Serbian has also come a long way since that first victory against Federer, currently leading their ATP Head2Head series 27-23.