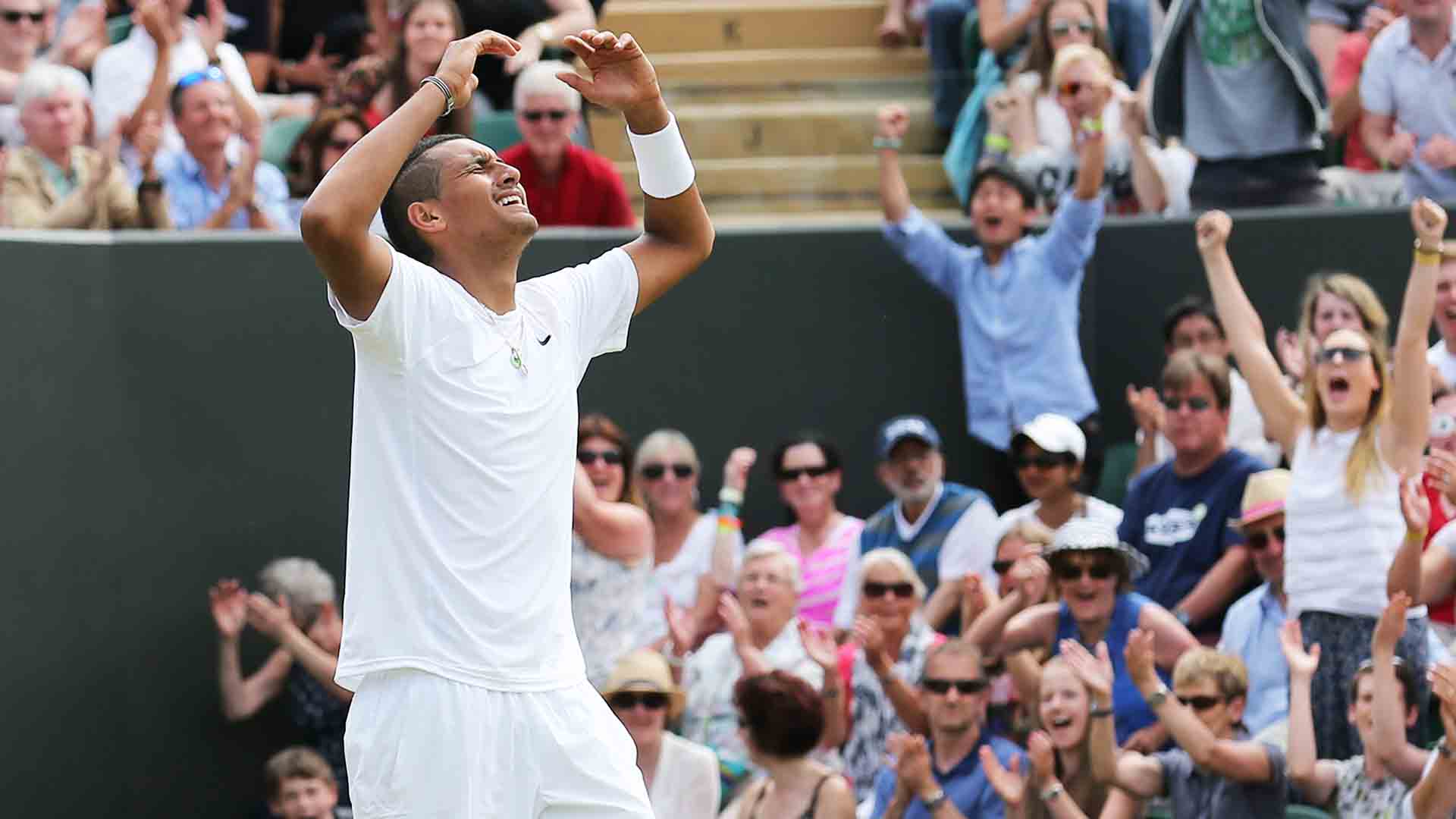 After winning eight consecutive matches from qualifying to collect his third ATP Challenger Tour title of the year in Nottingham, Nick Kyrgios walked through the gates of the All England Club for the first time in 2014 with plenty of confidence.

The 19-year-old wild card picked up his first Wimbledon victory against Stephane Robert in four sets to book a second-round clash with World No. 14 Richard Gasquet. It was in that match, on No. 2 Court, that Kyrgios claimed his maiden Top 50 victory in dramatic fashion.

Gasquet, a semi-finalist at SW19 in 2007, also entered the contest in impressive form. In the previous week, the Frenchman finished as a runner-up in Eastbourne. To reach the second round at Wimbledon, Gasquet had to recover from two-sets-to-one down against James Duckworth.

After dropping the opening two sets, Kyrgios saved four match points with powerful serving and bravery on his forehand side to frustrate his opponent. When facing his fifth match point, the Australian appeared to have lost the match after serving a double fault. Fortunately for Kyrgios, his Hawk-Eye challenge proved his daring second serve had clipped the back of the line.

”Obviously the challenge kept me in it,” said Kyrgios. ”The serve was in. It was a bit unlucky to be called out.”

“I played some unbelievable tennis today… I think it’s a massive stepping stone for me to finally reach the third round of a Grand Slam. It can be a bridge for more things to come,” said Kyrgios.

Following his win against Gasquet, Kyrgios continued to prove his talent to his growing fanbase at the grass-court Grand Slam championship. The Canberra native recovered from a set down to beat Jiri Vesely in the third round, before stunning two-time champion Rafael Nadal in four sets to book his place in the quarter-finals. At that stage, the Aussie was beaten by World No. 9 Milos Raonic in a fourth-set tie-break.

One year later, Gasquet gained his revenge against Kyrgios at Wimbledon. The pair met in the Round of 16, with Gasquet claiming a 7-5, 6-1, 6-7(7), 7-6(6) win. The Frenchman went on to reach his second Wimbledon semi-final, where he fell to eventual champion Novak Djokovic.